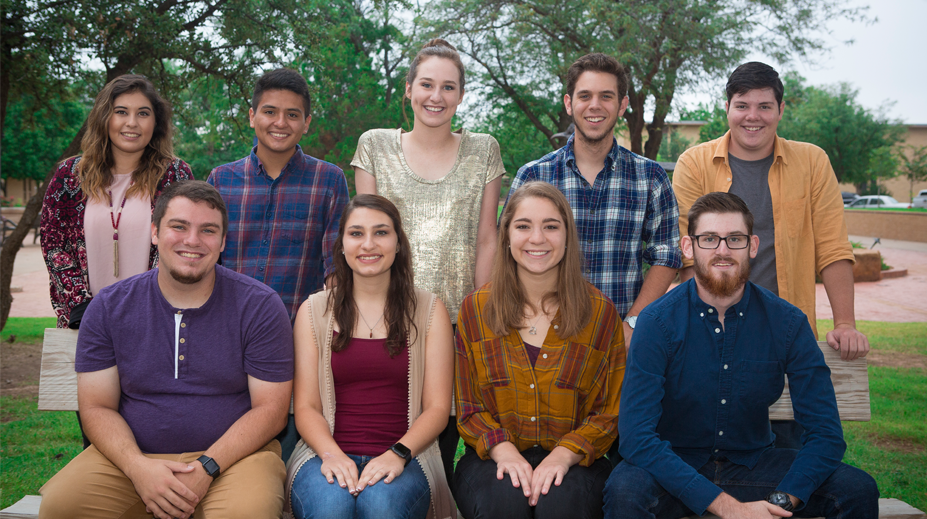 The album Risen by LCU a cappella group Best Friends has received the 2018 Best Album award in the religious category from the Contemporary A Cappella Recording Awards. Although the group has been nominated for eight CARA awards over the past seven years, this is the first time that the group has been selected to win.

“It was honestly a pipe dream that we would even get a nomination the first year we submitted an album in 2013,” shared Best Friends co-director Nathan Anderson. “Seven nods later, is awesome to see this level of recognition after years of being so close.”

Best Friends is a group comprised of LCU students from disciplines across the spectrum that performs a capella arrangements of contemporary Christian music. Industry veteran Gary Moyers, who sang for years in the group Acappella, directed the winning 2017-18 ensemble alongside Anderson; the current group is co-directed by Dr. Philip Camp, Professor of Music and Director of Choral Programs at LCU.

Several members of the group who recorded Risen returned to the ensemble this year, as well—Tori Acosta, Lacy Chappell, Nathan Hull, and Abby Langford have all continued serving in Best Friends in the 2018-19 group. The other Risen performers were Carter Franks, Cameron Insilan, Michael Peschell, Jackson Setliff, and Sadie Wheeler.

“Obviously, this prize isn’t our focus each year,” says Anderson. “The members of the group strive to point those who hear this music, live or through the album, to Christ. It seems God wants a bigger audience for this ministry.”

LCU is also intent on investing in Best Friends, and other music programs—the university announced plans during homecoming in February to expand the current music facilities by over 5,000 square feet.

“Expanding our music building will bring such a blessing to all of our ensembles, including Best Friends,” Dr. Camp said enthusiastically. “It will give them access to rehearsal space without having to juggle between the other ensembles and theatre productions, and also provide outstanding rooms to be able to make future recordings.”

Best Friends’ music, including Risen and their newest album, Reckless, is available online in iTunes and on Spotify, and physical copies are also available in the ChapStore on campus. Check out the LCU Music pages to learn more about Best Friends and LCU’s other music ensembles—recordings for several groups are linked on their individual pages.