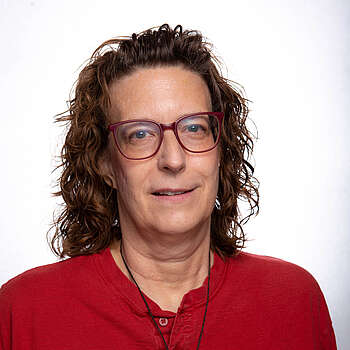 Lynda Reid is a native of Dallas, Texas and serves as the director of the Jazz Band and instructor of applied woodwinds and woodwind methods at LCU. She has served as an adjunct instructor in the music area since 2015.  She earned her Bachelor of Music Education (with Academic Distinction) in 1985 and Master of Music in 1986 from East Texas State University (now Texas A&M University - Commerce).  There, she also served as  Graduate Assistant of University Bands.  She studied conducting with Gary Hill, and saxophone with Cynthia Sikes and Tom Myer.  She also spent several summers at the renowned Interlochen Arts Camp in Interlochen, Michigan, where she studied conducting with Larry Rachleff and Elizabeth A.H. Green.

In 1995, Lynda earned her Associate of Applied Science in Audio Engineering from South Plains College, with additional studies in applied mathematics. She has served for 28 years at South Plains College as Professor of Music and Director of Bands, with her duties including overseeing the symphonic band, basketball pep band, woodwind ensembles, and pit orchestra, as well as courses in applied woodwinds, music fundamentals, music theory, and elementary music education. An active musician, Ms. Reid has appeared locally with several ensembles and organizations, such as the Lubbock Civic Orchestra, Lubbock Moonlight Musicals, Texas Tech University Department of Theatre and Dance, Lubbock Christian University, Lubbock ISD, and more.

Ms. Reid holds memberships in the Texas Music Educators Association, International Association of Jazz Educators, College Band Directors National Association, and the Texas Community College Band Directors Association. In 2014, Lynda took an early retirement to pursue an interest in veterinary medicine. Since that time, she has also worked at a local veterinary clinic as a veterinary technician and office manager.  In addition, she has served as the audio engineer at the First Methodist Church Lubbock (2002-2014) and First Christian Church Lubbock (2014-present).