At Lubbock Christian University, our Administration has the task of making many decisions for the current and future operation of the university. They pray often for God's guidance in the decisions that they are making and keep people at the heart of their discussions and actions. As you will see from reading their profiles each of them come from varied backgrounds, bringing together a unique and harmonious blend of skill sets. Andy was appointed as Vice President of Finance and Chief Financial Officer (CFO) for the university in July 2021.  Prior to his role at LCU, he served as CFO at the City of Lubbock, Assistant Vice Chancellor for Treasury and Cash Management at the Texas Tech University System, and most recently as Assistant Director of Electric Utilities and CFO at Lubbock Power & Light.  Oversight of financial operations at the university includes the development of short and long-term financial and operational strategies, budget, accounting, human resources, investment of operating and endowment funds, and financial oversight of capital projects.

Andy is married to Kayla (Harkins) Burcham (1990), and they have two sons and a daughter-in-law, Mason and Landon & Sydney. 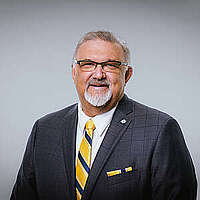 Dr. Kent Gallaher was appointed as Provost and Chief Academic Officer at LCU on July 1st, 2022. Prior to joining the LCU community, he has enjoyed faculty appointments at both Abilene Christian University and Lipscomb University. He has served in a wide array of leadership positions, most recently serving as Associate Dean for Strategy and Faculty Development in Lipscomb’s College of Liberal Arts and Sciences.

Dr. Gallaher is an award-winning educator who has received numerous prizes and recognitions for classroom teaching. He possesses a B.S. in Chemistry from Lipscomb University and both an M.S. and Ph.D. from the University of Tennessee, Knoxville. He and his wife Marsha married in 1985 and together have two adult sons and two beautiful daughters in law, Andrew & Chandelle and Austin & Michaela. Lisa Shacklett currently serves as the VP of Enrollment Management at LCU. Prior to this appointment, Lisa has applied her corporate sales foundation to various industries, resulting in proven growth in the nonprofit, academic and entrepreneurial arenas. Most recently, Lisa served as the Executive Director of Young Leaders Council, a nonprofit that trains young professionals for nonprofit board service, and owner of The Wedding Plate, a tabletop rental boutique, in Nashville, TN. Lisa's academic career prior to LCU was spent at Lipscomb University in Nashville, TN, where she served as Assistant Dean of Marketing and Enrollment for the graduate business programs and also Director of the Career Development Center. Lisa's love for the sales profession began in the early days of the telecommunications industry, and she has also worked in the elevator industry.

Lisa attended Lipscomb University and earned her BS in Marketing and MBA. She married her high school sweetheart, Roger, and they have two children, Shelby (Grayson) and Clark (Taylor) and will soon become first-time grandparents to twin girls. 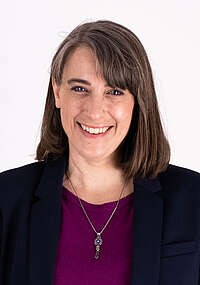 Serving as the Vice President for Institutional Effectiveness, Yvonne Harwood is also the institutional accreditation liaison for the Southern Association of Colleges and Schools Commission on Colleges (SACSCOC). Yvonne came to LCU in 2011. Prior to her current role she served LCU in other capacities including Assistant Vice President for Institutional Effectiveness, Director of the Center for Student Success, Title IX Coordinator, and SSS-Trio Grant Coordinator. Before coming to LCU she also served as an Associate Director for Student Financial Aid at TTU.

Yvonne completed her BA (‘01) and MA (‘04) in Philosophy and a PhD in Higher Education Research (‘21) through Texas Tech University. She met her husband Jon while working on her undergraduate degree at TTU and they have three sons, Conner, Colin, and Cade. 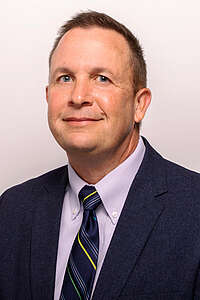 Randal was appointed as Vice President for Student Life in 2007. He served the university in various roles including development officer, Director of Alumni Relations, and Dean of Students before assuming his current position. The Student Life area consists of the Dean of Students office, Residential Life, Recreational Life, University Counseling Center, University Medical Clinic, Campus Security, Chapel Records, and student involvement and organizations. Randal also serves as Student Senate sponsor. Randal is married to Sherri (Whitehead) ’88, and they have two sons, Calvin and Max. 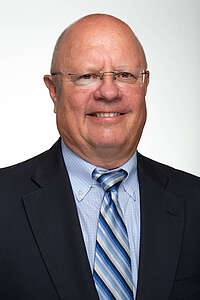 After receiving his BSIS in Secondary Education from LCC in 1981, Karl Mahan began a successful 9-year career in teaching and coaching.  He began teaching in the School of Education at LCU in 1990. In April of 2008, he was named VP of Technology Advancement. He earned his M.Ed. from ENMU in 1988 and his Ed.D. in Instructional Technology from TTU in 1996.

He has experienced numerous professional challenges and opportunities the past ~40 years. Many of those experiences center around the intersection of people and technology.

Karl and Annette's ('83) oldest son, Jake ('10), and daughter-in-law, Tori (Holloway) ('11 and MEd ‘15), are both LCU alumni. Their youngest son, Josh (‘14) and daughter-in-law Kaylee (Wilson) (’15 and MEd ‘18) are also alumni. Collectively the family has 8 degrees from LCC/LCU.  Annette is an Assistant Professor of Education and has been with the School of Education at LCU since 1991. They both now enjoy the opportunities of spending time with their grandchildren. 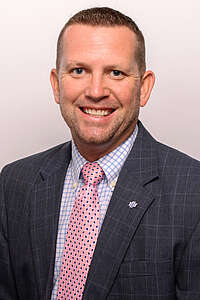 After receiving his bachelor’s degree in Management at Sul Ross State University, Raymond Richardson began a 12 year career in banking with City Bank in Lubbock. He started as a teller and worked his way up to Vice President of Human Resources and Operations, the role he served when he left to begin a career with Lubbock Christian University.

​​He came to LCU as the Senior Director of Development for the LCU Foundation and Executive Director for a leadership center. In his time working with the LCU Foundation, Raymond demonstrated strong leadership skills, a deep understanding of LCU’s mission, and an ability to help others grasp the vision for LCU’s future.

In his current appointment as Vice President for University Advancement he oversees the staff and operations of the University Advancement and Alumni Relations Offices. He knows LCU is blessed with alumni, friends, and supporters who believe in a faith-based higher education and his goals are to build upon existing relationships, prayerfully considering and prioritizing new opportunities to grow student-focused initiatives, and stewarding resources to advance the University.​

In 2012, Raymond decided to expand his leadership skills and pursue a Master's of Science in Leadership at LCU.

​Raymond is married to Laci, who owns P31 Fitness franchises in Lubbock and the surrounding area and serves as the strength and conditioning coach for the women's LCU basketball team. They have two kids, Leah and Ryan, who both attend Lubbock Christian School. 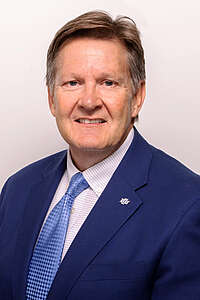 A former student body president of LCU, Warren McNeill ('82) learned about the importance of putting together a team to accomplish a goal. Two important lessons that guide his decisions: do these people have the ability to contribute to a team effort, and do they have the skills to help reach the goal. As a former banker and financial consultant, Warren has found those lessons invaluable.

He came to LCU in 1994 as Director of Alumni Relations and later served as Director of Development, then as Director of Marketing. Warren now serves the university as the Vice President of University Relations. His education includes a B.S. in Business Administration and an M.S. in Ministry.

The efforts of his team in securing Colin Powell, Former President George W. Bush, and Condoleezza Rice for the LCU Benefit Dinner Series have helped bring significant recognition to the university. The public relations and marketing team have also been instrumental in numerous marketing initiatives both on and off campus.

Becky Wilson is an alumna of LCU, serves as Assistant Vice President of Financial Assistance, and has been involved with financial aid for over 33 years.  She began her career at LCU in 1984 in financial aid serving students for 14 years before going to Texas Tech University in 1998. She returned to LCU in 2017 and considers it a privilege to work with an incredible team of financial aid professionals in assisting students at LCU in funding their higher education goals.

She has been involved with National, Regional and Texas financial aid associations, serving in various capacities and received the Texas Association of Student Financial Aid Administrators’ (TASFAA) Hall of Fame award in 2015 recognizing her as an unsung hero.   Creating a family business, Wilson’s husband, Marcus, is the managing director of financial aid at the Texas Tech Health Sciences Center and her daughter, Tia, was the financial aid director at LCU for more than 10 years. 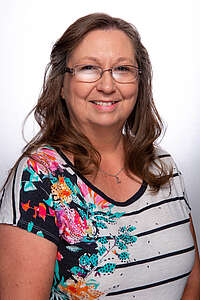 Brenda Lowe serves as Assistant Vice President for Human Resources and has been involved in Human Resources for many years.  Her career started at Methodist Hospital which later became part of Covenant Health Systems.  She began her career at LCU on October 11, 1999.  Her husband, Mike, is an Architect and they have two children and four grandchildren (future CHAPS!).