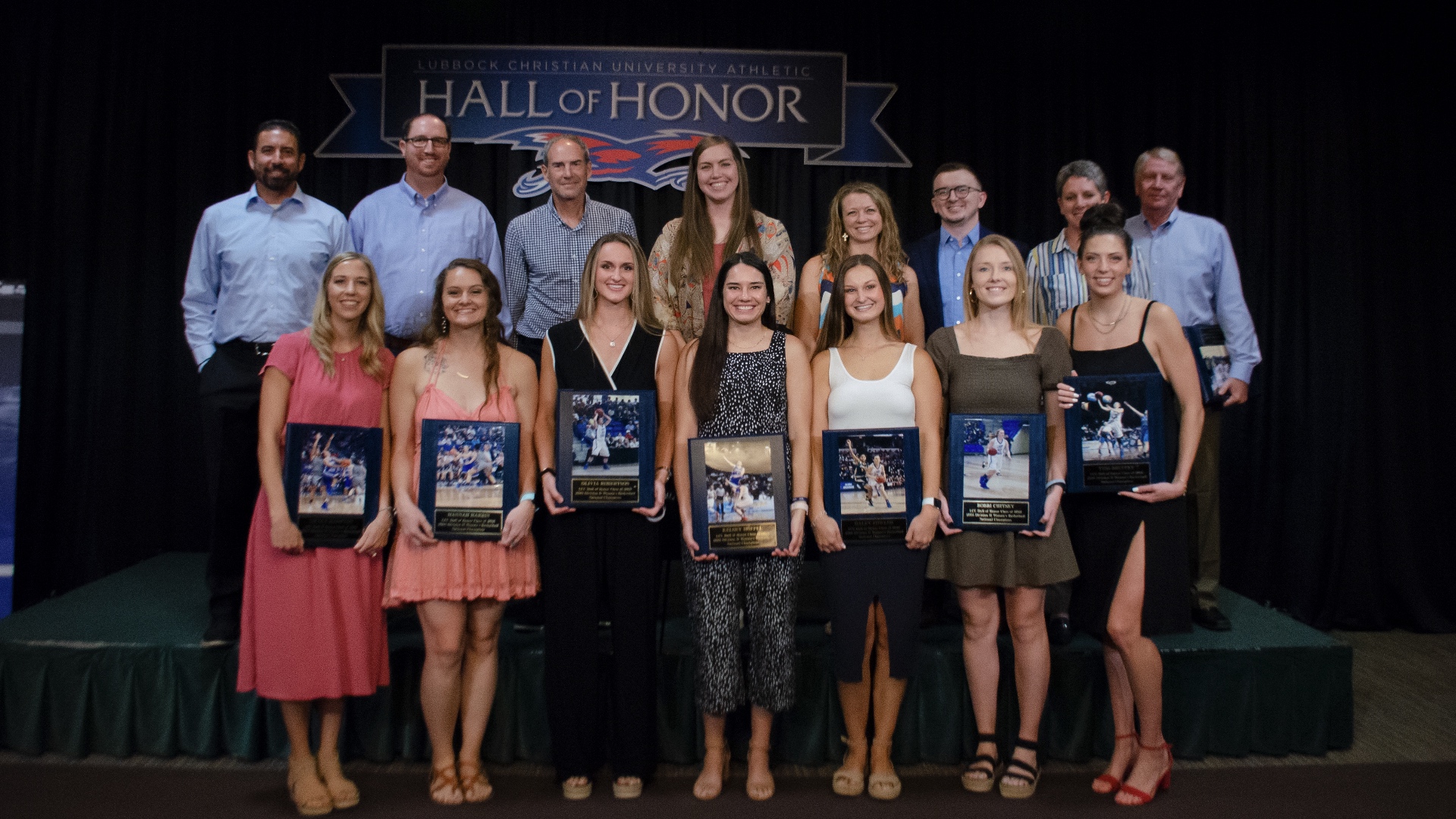 The 2015-16 Lubbock Christian University Women’s Basketball team was inducted into the LCU Hall of Honor in recognition of the team’s perfect 35-0 record and championship-winning season.

LCU finished off the 2015-16 campaign being only the third team in NCAA Division II history to ever complete an undefeated season, and first team ever to win the national title in the program’s first year of NCAA eligibility. The Lady Chaps were crowned the NCAA Division II National Champions on April 4, 2016 after defeating the University of Alaska Anchorage by a score of 78-73. 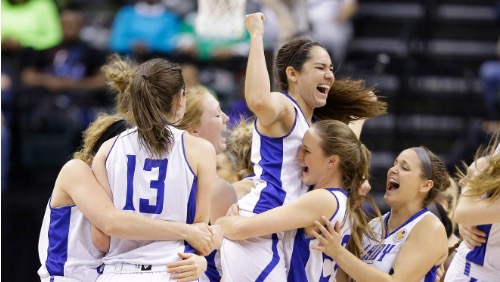 Robertson, who was a freshman that season, was excited to see members of the team again and embrace the memories they share.

“A lot of them are my really close, life long friends,” she remarked. “Some couldn’t be there, but I’m really thankful to have seen the ones that could. Some of us haven’t seen each other in years, so it was really cool to get to talk to everybody again and just share memories together.” 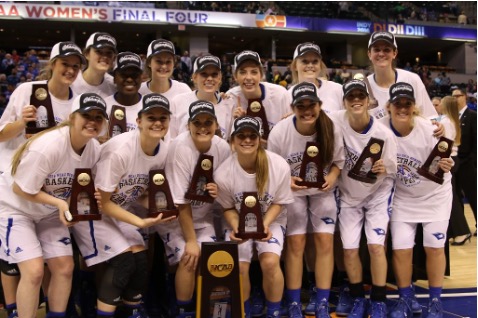 Robertson also discussed the significance of being enshrined into LCU’s illustrious Hall of Honor.

“To be inducted into LCU’s Hall of Honor is a really, really neat experience,” she continued. “I’m very thankful for the opportunity to have been a part of such an incredible program under such great leadership and with such great people. It means the world to me because I think so highly of everyone here and everyone I played with.”

This team marks the fifth “team” induction into the school’s Hall of Honor, joining 1983 and 2009 baseball teams, the 1991 men’s cross country team, and the 2008 softball squad.

The 2021-22 Lady Chaps Basketball team will start their season on Nov. 5, 2021 against the University of Montevallo in Billings, Montana. This season follows the unprecedented championship run by LCU in 2020-21 that claimed the program’s third national championship—another team we might see in the Hall of Honor one day.

This article was written by staff of The Duster Today, LCU’s student-run digital news platform.