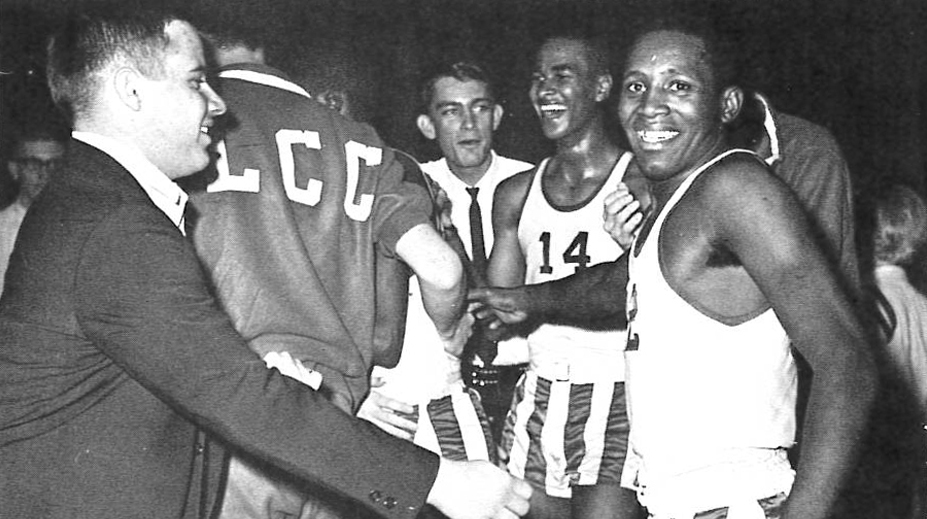 Nathaniel “Bubba” Harris was among the first black students to be enrolled at what was then Lubbock Christian College in 1964. Harris passed away in DeSoto, Texas on Wednesday, December 4, 2019.

Harris played for the Chaparrals on both the basketball and baseball teams. He was one of 27 black students who attend the university over the course of the 1963-1964 and 1964-1965 when LCU was a junior college.

In July of 1961, the Board of Trustees passed a motion that “the college accept the application of any student that meets the standard college and LCC requirements” after president, Dr. F. W. Mattox, told the board about the application of a highly qualified black student, whose name was not included in the records. This resolution was underscored by a vote by the board, in which it was overwhelmingly approved.

In Pioneering Spirit, Extraordinary Faith, former LCU President Tim Perrin wrote of the transition, “There was no announcement, either internally or externally, and black students arrived on campus without incident. It appeared to the new students that the college had always been integrated.”

Harris was a leader in the group of black students who came to LCC in the early years. They were truly modern pioneers who broke ground for the hundreds of black students who would enroll at LCU over the coming decades, paving the way for academic and personal success, life-long relationships, and lives of Christian service.

“Some of my earliest memories are of Rob Evans and Bubba Harris eating dinner with my family. They and their teammates were frequent guests at my house,” states another excerpt from Perrin’s essay found in Pioneering Spirit, Extraordinary Faith. “Rob and Bubba are great examples of the influence and example of the black students who attended the college at that time. They were both trailblazers. Rob became the first black head coach in the history of the University of Mississippi, and Bubba became the first black postmaster in Dallas County when he was appointed postmaster in DeSoto, Texas.”

Perrin provided this personal note when he learned of his friend’s death, “I loved watching Bubba play basketball for the Chaps, and while he was an outstanding player, he was a better person. He was a trailblazer and serves as an inspiring example of strength and determination and grace for us all. He will be greatly missed.”