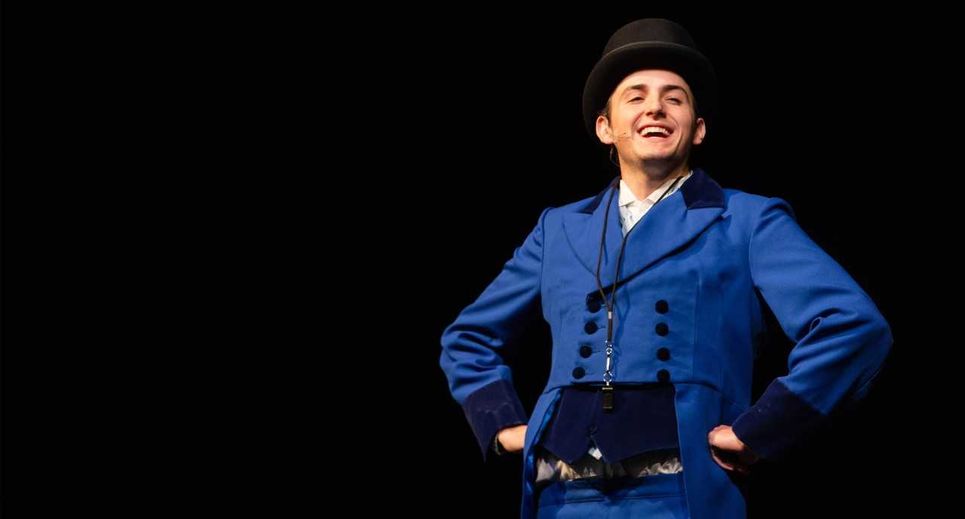 The band marches down the aisle of the Moody, proudly playing the tunes of "Barnum," as a chorus of clowns dance out the narrative of Lubbock Christian University Theatre Department's fall musical.

"Barnum," a musical about the life of P.T. Barnum, the Greatest Showman on Earth, will play at LCU this weekend, Oct. 5 and 6 at 7:30 p.m. each night in the McDonald Moody Auditorium.

P.T. Barnum combines razzle-dazzle with charm and brass to sell “humbug” to cheering crowds. A joyful and moving musical portrait of the nineteenth century’s greatest show-biz legend, Barnum is a colorful, dynamic spectacle with heart. Cy Coleman and Michael Stewart’s rousing score includes “There’s a Sucker Born Every Minute,” “Join the Circus,” “The Colors of My Life,” and “Come Follow The Band.”

For more information or to purchase tickets visit: LCU.edu/tickets.