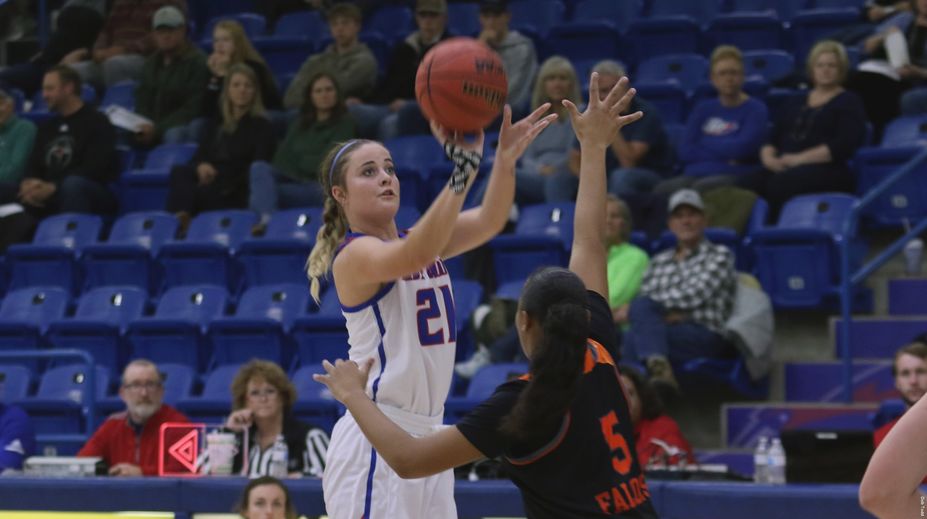 Lady Chaps Connect On 16 "Threes" in Win Over UTPB

No.3/10 Lubbock Christian University drained 16 three-pointers and held University of Texas of the Permian Basin to 30% shooting, as they cruised to an 82-39 victory in the closing game of the Arbor Hotels Classic inside Rip Griffin Center.

The 16 three-pointers were two shy of a program single-game record and are tied for 10th in Heartland Conference history. It ties as the fifth most in a single game this season in NCAA Division II.

LCU went with a lot of depth in the second quarter. Seven different Lady Chaps figured into the scoring and LCU built the lead to 47-17 heading into the half. Schulte (11) and Davis (10) combined for 21 points in the half. LCU assisted on 14 of their 16 field goals over the half. LCU was 11-of-19 (57.9%) from three-point range in the half.

Fittingly, Shulte opened the second half up with a three-pointer and LCU led 50-17 10 seconds into the second half. UTPB did respond with an 8-1 run, but it abruptly came to an end due to a three-point field goal by Olivia Robertson, igniting a 13-2 run to close the third quarter (provided LCU a 64-27 lead).

LCU had point production from 11 of their 12 active players, with four completing the game in double figures. Schulte led LCU with four three-pointers (4-of-6) and had a game-high 16 points, with Olivia Robertson (11), Davis (10) and Ashton Duncan (10) each in double figures. Even with the outside shoot success, LCU out-scored UTPB 22-10 in paint scoring. LCU also had a 20-12 scoring advantage in points-off-turnovers and a 35-17 (+18) advantage in rebounds.

All 12 active players received playing time for LCU. Everyone played at least 8:15 and no starter played more than 22:25.