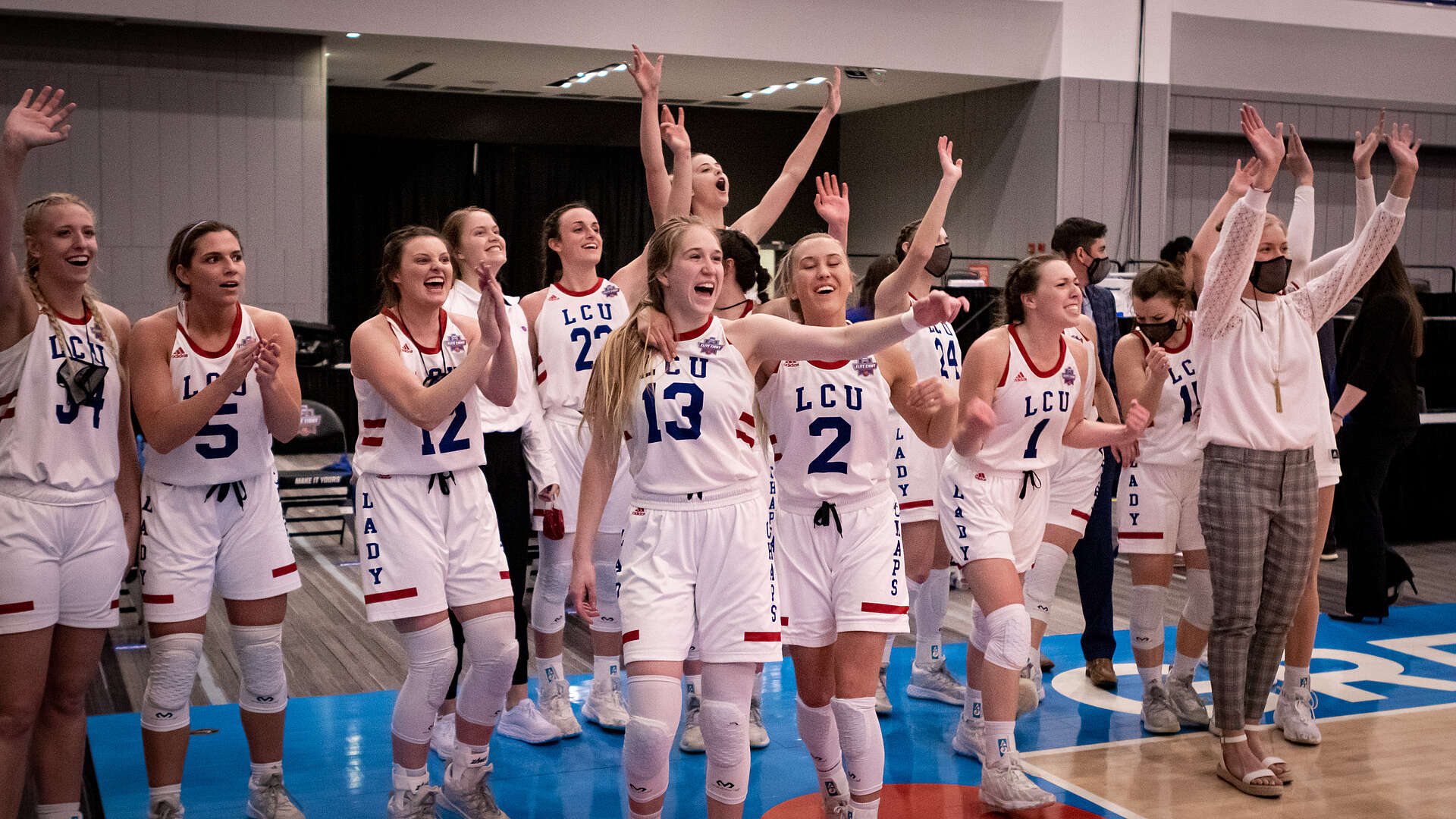 The second round of the NCAA Division II Elite Eight Tournament pitted top-seeded Lubbock Christian University (LCU) against the fifth-seeded Jennies of Central Missouri University. The two teams had met before in the Elite Eight tournament in 2018, when the Lady Chaps had fallen to the Jennies in the quarterfinal round, cutting their post-season run short. The rematch in Columbus was a high-energy affair as the limited number of fans from both schools were loud in support for their teams as they battled for a spot in the national championship.

The Jennies started off strong, taking a 10-5 lead halfway through the first quarter. LCU took advantage of fouls early on, as the first four whistles of the game came against Central Missouri, and free throws from seniors Maddie Turner and Allie Shulte gave LCU four points. The fans inside the arena for both teams were loud, as Jennies fans shouted for fouls from LCU’s clean play and LCU supporters worked to spark an offensive outburst. A last-second prayer of a shot from the Jennies went in to finish the period with LCU down 15-19—another close start for the Lady Chaps.

Coach Gomez huddled his players as the LCU faithful cheered on their team, but Central Missouri opened the quarter with a six-point run to widen the lead to ten. LCU fought hard to stay in it, but the shots were not falling for the Lady Chaps. A few late buckets kept LCU close, but fouls fell the other way in the quarter, and going into the locker room the Jennies lead held at 28-33 thanks to fast breaks and second-chance points. 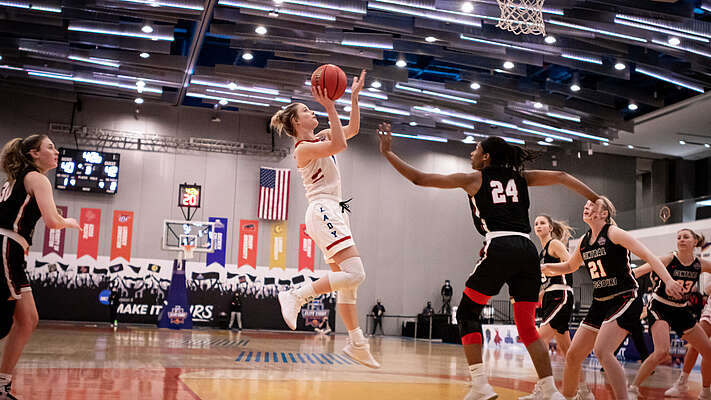 As the Lady Chaps came out of the locker room, the LCU faithful cheered loudly—halftime adjustments would be key if they were to flip the trajectory of the game. LCU stuck with it and tied the game with a Shulte three-pointer, and Middleton added one of her own with just over five minutes left in the quarter, and the LCU stands erupted as the teams went into a media timeout—the lead had been cut to just two. The teams traded buckets, and then a Shulte three gave the Lady Chaps the first lead of the half. The momentum swung LCU’s way as Laynee Burr nailed another three, and then took a charge on the other end—as the third quarter ended, LCU seemed to be turning on the heat, and LCU’s fans turned up the volume to match as Emma Middleton blocked the Jennies last-second shot, and LCU ended the quarter with a two-point lead.

As the final quarter began, the arena was alive with noise as the small number of in-person fans made their voices heard—these final ten minutes would decide who advanced to play one more game in the 2020-21 season. LCU made several quick three-pointers and tightened up the defense to push their lead to 58-50 with just over six minutes remaining in the game, and Central Missouri called a timeout to try to salvage their chances at a spot in the national championship. LCU fans roared for their squad as they joined the huddle before the game’s final stretch.

The Jennies were determined not to go away quietly—a quick surge put them back within three points of the Lady Chaps. Fouls were again an issue for the fans, as the LCU faithful were not happy with UCM’s zero fouls with LCU owning five in the quarter already. Central Missouri added another bucket, and with the lead only three, Emma Middleton, LCU’s force in the paint, fouled out, and LCU was called for their seventh team foul in the quarter to merely two for UCM. LCU fans began to chant, “L-C-U” as the lead was cut to just two with only two minutes left in the game—it was going to come down to the wire.

Despite numerous hard contacts against her as she went for the tough shot, Shulte’s layup to push the lead to four points was called clean. LCU’s standing fans erupted into a reprisal of the “L-C-U” chant. As UCM took the ball into one of the game’s final possessions, Juliana Robertson fouled UCM’s Brooke Littrell, who fell to the floor, injured, and the gym found a rare moment of tense quiet. Littrell left the game, and Charley Bovaird came in to make Littrell’s two free-throws before an LCU timeout. The Lady Chaps’ lead was just two points with 29.4 seconds on the clock.

As they brought the ball down the court the fans gave their teams their all as they went into the final half-minute that would decide the game. UCM’s defense was stifling, and even though Coach Gomez tried to call a timeout to avoid a turnover on the inbound play, the officials called a five-second call to give UCM the ball. The Lady Chaps’ defense, ranked the best in the nation, would be tasked with defending their slim lead. The Jennies missed two three-point attempts, and the rebound with three seconds left in the game was called a tie ball, giving the Jennies one last chance with 3.7 seconds left in the game.

It all came down to this. UCM held the ball on their own baseline, and fans screamed as the Jennies passed in the ball near half court. As their final three-point shot fell short and the clock expired, LCU’s fans, team, and bench erupted. They had punched their ticket to the national championship in their closest game of the year—final score, 63-61.

LCU will face Drury University to defend their NCAA Division II National Championship on Friday, March 26, at 7:00 p.m. CST. LCU will host a watch party in the McDonald Moody Auditorium, and the game will be broadcast on CBS Sports Network.