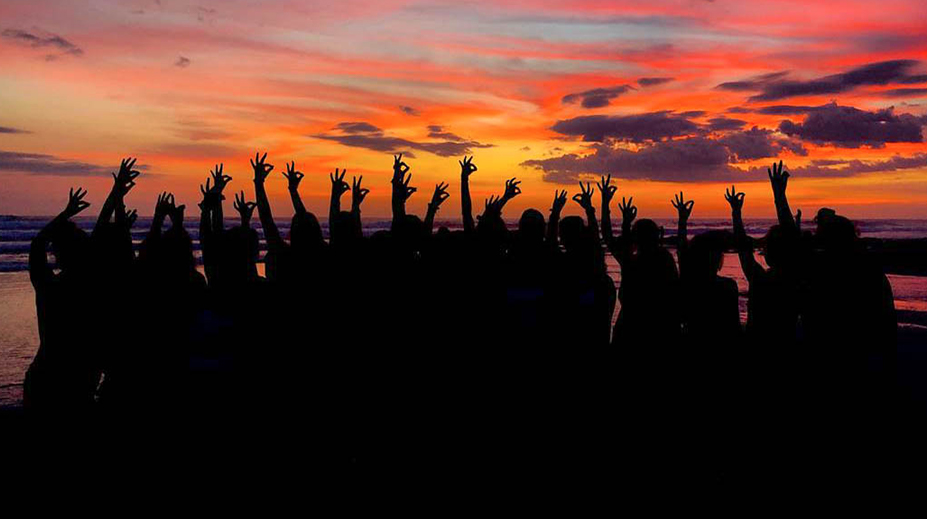 The 2019 season for the Lady Chaps Soccer team kicked off in a big way as the team traveled to take on two foreign teams in the Central American nation of Costa Rica—a reprise of the trip that the team had taken six years before.

The pre-season tour, which was funded through team-member fundraising efforts during the 2018-2019 school year, began on August 5 as the team departed from Lubbock International Airport for Costa Rica. The next day, the team took a charter bus to visit the Irazu Volcano and the town of Cartago before the first game of the trip, in which they competed against Dimas Escazu, whom the team had also played in the previous Costa Rican visit.

“We took this trip 6 years ago after season,” explained Head Coach Alex Denning. “We decided a preseason tour would be great to help the team bond and really get to know each other through experiences that shine a different light.” The match against Dimas Escazu was played entirely in the rain, which Denning said helped the team learn a lot about each other.

The next morning, the team traveled to Arenal Volcano and La Fortuna—a tourist spot popular for its bustling wildlife and dense rain forest. “While we were in the area, we had a practice with a local coach—during a rainstorm, in a rain forest, right next to a volcano,” recalled Denning. “It was a cool experience for everyone.” The hotel the team stayed in also featured natural hot springs, a feature the team took full advantage of after a day of waterfall-rappelling and exploration.

The final leg of the trip took the Lady Chaps to Tamarindo, a city in the northwest of the country.  Following a team devotional, the team attended a Sunday service at a local English-speaking church. That evening, the team was treated to a sunset catamaran tour and snorkeling—an experience that helped forge relationships for the players and coaches.

The team’s final full day in Costa Rica brought them back to San Jose, where they visited the National Team’s training facility before heading back to the US. “That was a great experience,” recalled Coach Denning of the team's game against the Costa Rica Youth National Team, comprised of the top national prospects. "We won 4-2—the game was very entertaining.”

The Lady Chaps enter the 2019 season ranked 7th in preseason polls. This season will be the first for the Lady Chaps to play in the Lone Star Conference after competing in the Heartland Conference the last five years—a result of the two conferences merging. Following UT Tyler’s addition, the conference now includes 14 institutions that compete in women's soccer.

LCU had a strong showing on the field in 2018, finishing with an 8-6 record in conference play and an overall record of 9-10 with just one senior player on the team. Freshman Makenna Pate was named to the United Soccer Coaches All-South Central Region Third Team after leading the team with eight goals, while three other players—Allison Scott Hollie Windham and Haley Knesek—tallied at least 15 points. The team hopes to build on that momentum and the excitement of a new conference as they begin the 2019 season.

“Our team became incredibly close because of this trip and what we got to experience together,” shared Coach Denning. “Getting to see God build up these women and build bonds is really special, and those relationships have only grown since we have returned for preseason.”