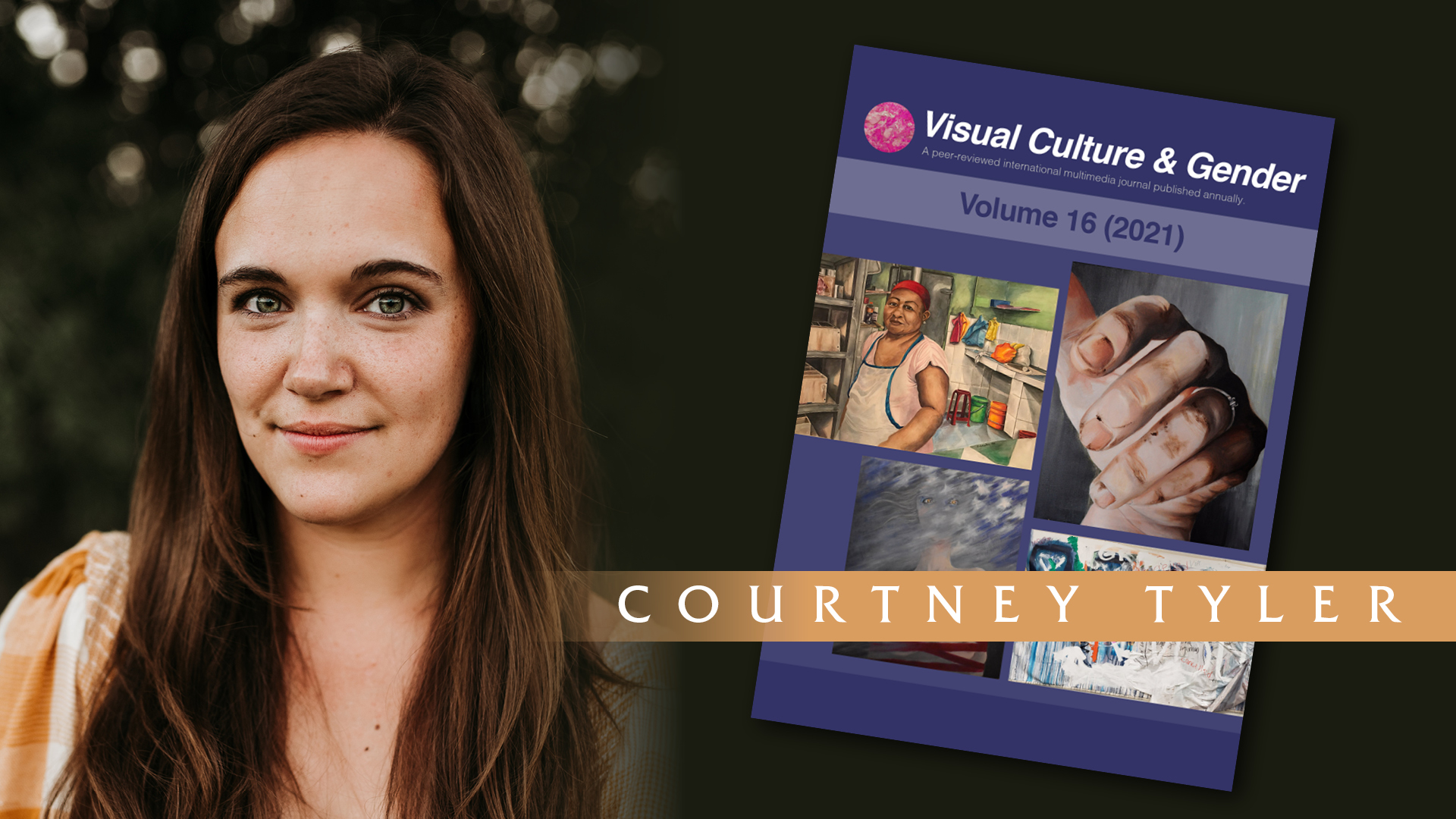 "Becoming 'Mother': An Autoethnographic Study in Paint and Prose," appears in the 16th volume of VCG, on whose cover Tyler’s artwork is also featured. “Becoming 'Mother' is an autoethnographic study of paint and prose, contextualized within contemporary—and often contradictory—understandings of what it means to be a mother who breastfeeds,” shared Tyler. “The paper is more than a narrative, weaving visual culture research surrounding breastfeeding and the process of painting my experiences.”

“It is hard to decipher when I truly began writing this article,” she continued. Tyler’s research began in 2014 after giving birth to her first child, when she began painting and writing about her experiences. In her own published words, "...my images not only reflect what is being experienced, but they also influence how I make meaning of these experiences and my identity in motherhood."

“I had a preliminary understanding of arts-based, autoethnographic research from my time at LCU as an undergraduate,” she explained. “Years prior, Dr. Michelle Kraft had empowered us young art students by introducing us the basics to arts-based research.” It was there that Tyler truly began to lean more heavily into art research and therapy.

“As I continued my autoethnographic research into mothering and the contexts surrounding contemporary motherhood, I began writing this Becoming 'Mother' article. It really came to the refining fire during 2019, as I was encouraged by Dr. Kraft to submit the paper to Visual Culture and Gender. At the time, I had yet to be accepted into my doctoral program at TTU and did not consider myself a scholar or academic by any means. Several other mentors and peers looked over my paper and offered their critiques and advice. I submitted the paper and waited months in anticipation of a nice rejection letter—but I was never rejected,” she added, “only asked to make further revisions.”

LCU Provost Dr. Foy Mills lauded Tyler’s work, explaining just how prestigious a publication in a journal like VCG can be. “This peer-reviewed international journal has around a 50% acceptance rate, and its reviewers and editors are from such universities as Penn State, Ohio State, Karl-Fanzens-Universität Graz (Austria), University of Alberta, and Kent State, among others.”

“The entire process of writing Becoming 'Mother' has been a humbling and yet empowering experience,” Tyler shared. “Scholarship, I've learned, is not a single-person endeavor. It is a community of women (in my case) who believe in one another and invest in each other's work.”

Courtney has taught K-12 art, as well as courses for LCU's art program. Along with her current doctoral work, she serves as artist-in-residence for Covenant Women and Children's Hospital, in its Neonatal ICU area.