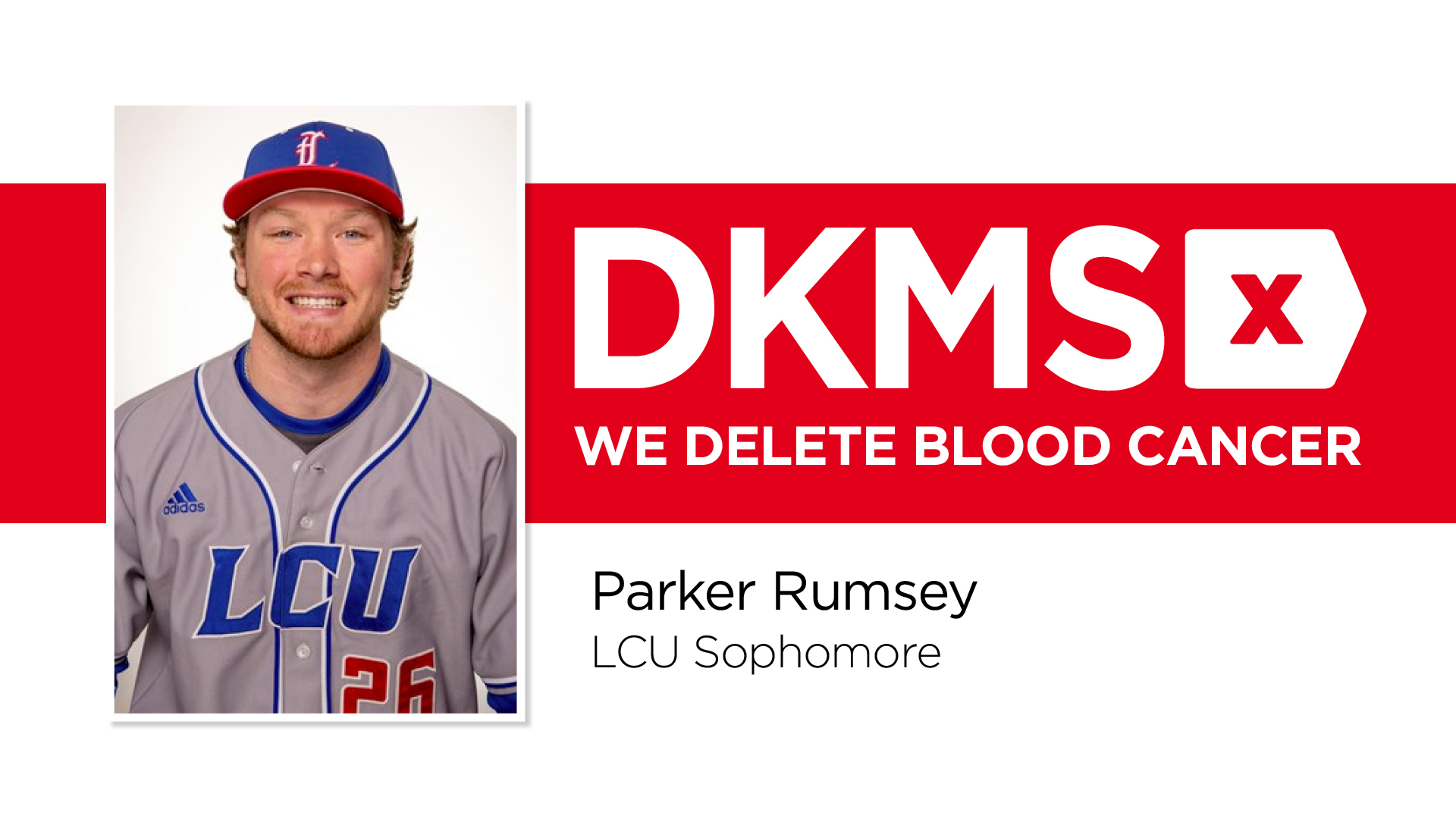 Parker Rumsey, a sophomore outfielder for the Chaparrals baseball team, donated life-saving stem cells to a patient with Leukemia through an opportunity made possible by a partnership with DKMS and Lubbock Christian University (LCU).

LCU Student Life and the LCU Medical Clinic host annual donor drives by DKMS to recruit potential donors for their registry, which is used to match donor DNA with patients who need stem cell or bone marrow donations. The event includes chapel presentations, registration stations at multiple points across campus, and even registration incentives from professors. It was at the 2019 drive that Parker became involved in the program—though he had no idea the impact he would have from that decision at the time. “To be honest, the only reason that I actually signed up in the first place was  for extra credit in my biology class with Dr. Martin,” he shared. A year-and-a-half later, however, Parker received a phone call that would forever change how he thought of that day.

“In March of 2021, I got the call that I was a match for a 24-year-old Leukemia patient from Canada,” he recalled, “and it was an incredibly quick turnaround. As soon as they had the secondary test to confirm that I was a match, they were scheduling appointments even before I  actually knew all the details. The sooner I could donate, the better chances of success for the operation.”

Of course, for Parker, the entire process started in the middle of baseball season—one in which the Chaparrals were pushing for a late playoff run. To not place any additional stress on his coaching staff or teammates, Parker kept the news of his match mostly to himself, only sharing at first with Jerrod Fowler, the team’s student assistant. Despite the challenges that timing presented, though, DKMS was more than accommodating to ensure Parker could donate as soon as possible with the least amount of disruption.

“I was originally supposed to have a daily appointment with a nurse leading up to the donation for the injections, but we were still playing baseball,” he said, referencing the chemical injections that stimulate the body to increase production of the stem cells just before the donation. “We had just won the first round of the conference tournament, getting ready for the second—but the workers from DKMS were so willing to do whatever it took to make this happen. I was supposed to go to Dallas for a physical exam, but instead they sent someone here to do it. They even sent the injections directly to my house, so my mom could do them for me.”

The Chaparrals’ season ended with a loss in the Lone Star Conference championship game, freeing up Parker to make the donation. Just days after the Chaps last game of the season, he and his mother made the drive to Dallas late in May, after flight delays threatened to postpone the procedure. All expenses for the trip were paid by DKMS, and soon Parker was in the chair hooked up to machines which separated the excess stem cells from his blood—a similar process to the way plasma is collected. Several hours later, the procedure was finished, and within a few days, Parker was back on the baseball diamond in a summer league while his stem cells were being given to a young man across the United States’ northern border in what Parker would later learn was a successful procedure.

“Honestly, when I got the call, there was never a doubt in my mind that I would go through with this,” he shared. “I was given the opportunity to save someone’s life—how could I not do it? I haven’t been able to see the patient, or know anything more than an age because of international medical privacy laws, but to know that I could help someone like that… I never felt like it was even a decision I had to make.”

DKMS is an organization dedicated to fighting blood cancers and blood disorders by creating awareness, recruiting bone marrow donors to provide a second chance at life, raising funds to match donor registration costs, and supporting the improvement of blood cancer therapies by their own research.

Learn more about DKMS and how to get involved in the fight against blood cancer.