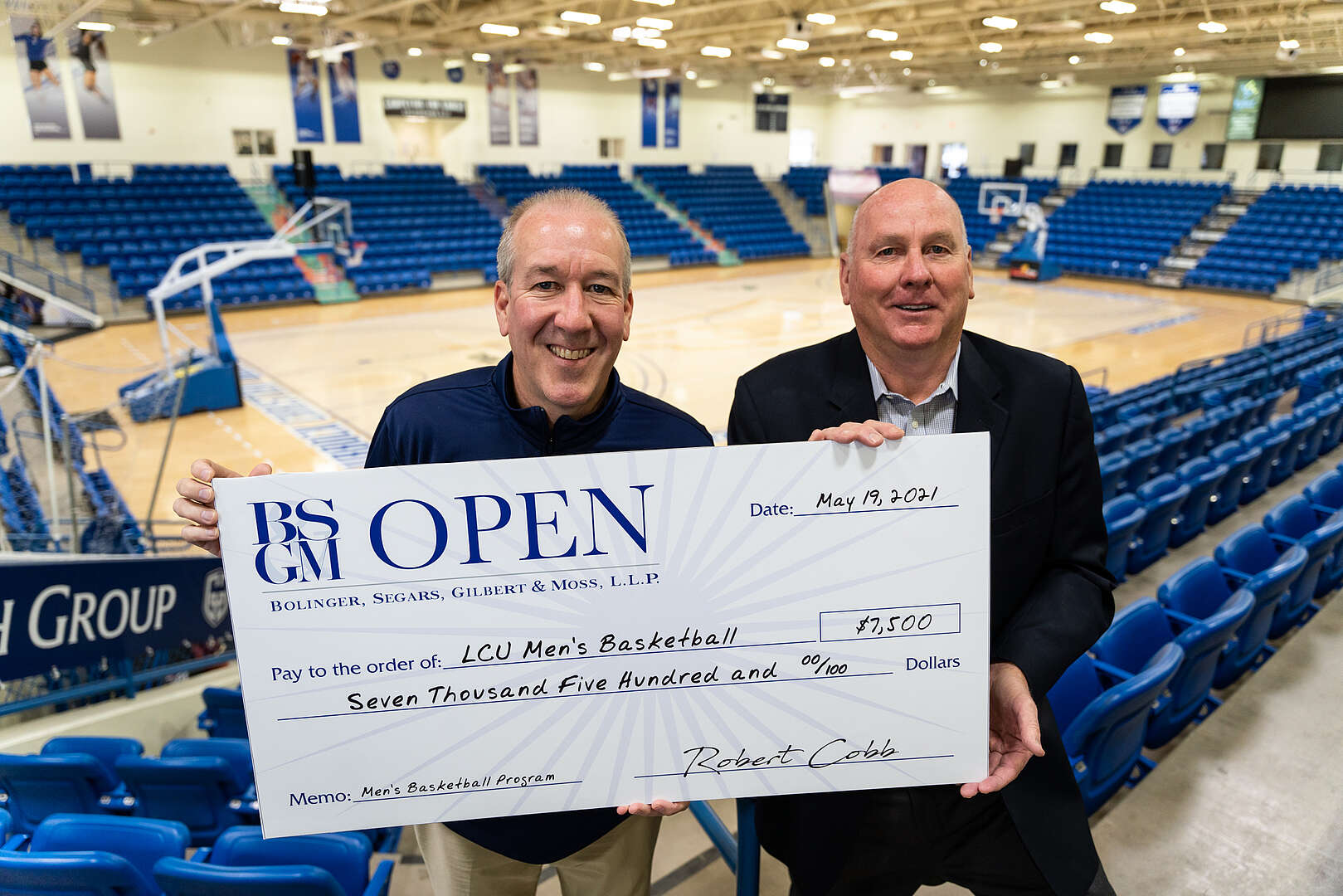 Lubbock Christian University men’s basketball program received a generous donation from a former player following one of the most successful seasons in program history.

“We do a golf tournament every year that benefits a different charity or organization from year to year,” Cobb explained, “and I just was really excited to be able to give back to Lubbock Christian University. We have a lot of LCU alumni including several owners at our business, and the choice to give back to my alma mater was a natural one.”

Duncan, who accepted the check in the Rip Griffin Center, has known Cobb since high school, where they both participated in a summer basketball league. Duncan also coached Cobb’s son during summer basketball camps he has been hosting for over thirty years.

Duncan is incredibly grateful and humbled by the gift from the LCU Community Partner. “To see what the game of basketball has really done for me, personally, is humbling,” he shared. “Seeing the generosity of people towards not just LCU but to our program now 25, even 30 years after their time here is incredible. We operate on small margins, so this gift is huge in itself—but the motive behind it is just as impactful, seeing that people want to bless us like this.”

The Chaparrals had one of the best seasons in program history in the 2020-21 season. LCU started the year with a program-record 16 straight wins and reached as high as No. 2 in the national top-25 poll, which was also a program-best. The Chaps claimed the Lone Star Conference title, were selected as the No. 2 seed for the NCAA South Central Regional and reached the regional championship game before seeing their season come to a close with an 18-3 record. Duncan was named the Lone Star Conference Coach of the Year for his team's performance.

Two players—Parker Hicks and Lloyd Daniels—were named to the All-LSC First Team, and Hicks was further honored as the league's Player of the Year and an NABC All-American, becoming the first Chaparral player to reach All-American status since the school transitioned to NCAA Division II status.

“We always tell our guys to play in such a way that people are attracted to the game and the competition,” emphasized Duncan. “Our fans enjoy watching players they can respect and who take pride in what they're doing—and that can result in greater opportunities for them individually, for our team, and for the university. We’re grateful and humbled—we just want to be good stewards and maximize this gift for our program.”

Learn more about LCU’s athletic summer camps, or what it takes to become an LCU Community Partner.