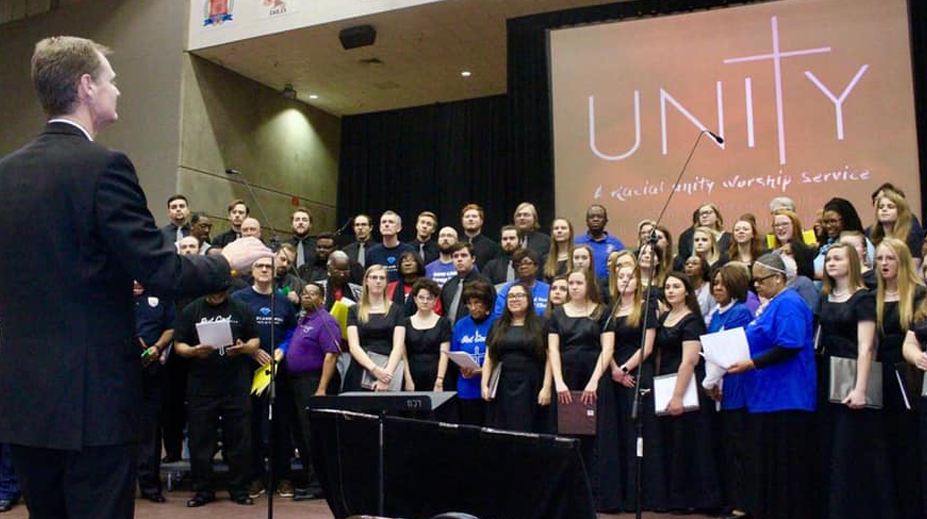 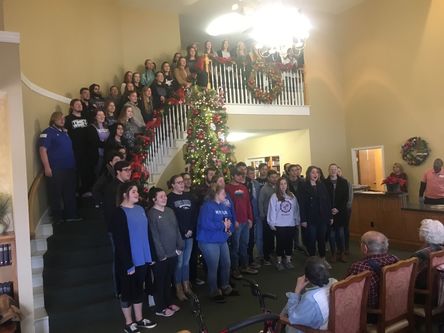 As a part of their annual December tour, the LCU Choirs participated in an event focused on uniting different groups of people—something that is becoming more and more important in an increasingly-divided America.

One of the highlights of the tour through Texas was the evening spent at the Racial Unity Service in Fort Worth on December 9, where more than twenty ethnically-diverse congregations in the metroplex area met together, representing predominantly African-American, Anglo, and Hispanic congregations.  The LCU Choirs performed a twenty-five-minute program, and then combined with the Forth Worth Area-Wide Unity Chorus to sing “Let us Rise” conducted by local director Alonza Winston, and “The Lord Bless You and Keep You” conducted by LCU’s director, Philip Camp.  During their stay for the event, the students were hosted by the Burleson Church of Christ, and Steve Cloer of the Fort Worth Southside Church of Christ also assisted in planning for the LCU Choirs to take part in the service.

Following the choral concert, a service took place involving dozens of ministers from the various congregations.  A deep spirit of unity was present as the group worshiped together and engaged in fellowship.  Many of the students pointed to the Racial Unity Service as the highlight of the tour.