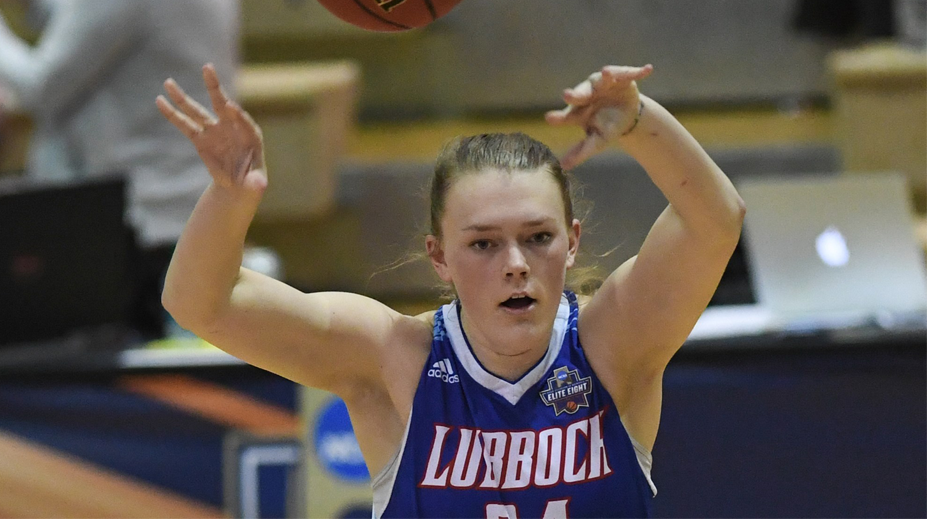 No.5-seed Lubbock Christian University shot a season-high 62.3% from the field behind a career-matching 28-point performance from senior Maddi Chitsey as the Lady Chaparrals rolled to a 99-54 quarterfinal victory over No.4-seed North Georgia at the NCAA Division II Women's Basketball Elite Eight Tournament at Alumni Hall. The McDonald Moody Auditorium held the watch party in Lubbock, where fans watched their team cruise to their 13th win in NCAA postseason play, allowing them to advance to the semifinals and face an undefeated squad from Drury, the top-seeded team in the country.

Maddi Chitsey was a force inside for LCU. She was 11-of-12 from the field, with six rebounds, four assists, two blocks and a 32 plus/minus in 21 minutes of playing time. Her 11-of-12 from the field ranks as the second-most in Heartland Conference history (with at least 10 attempts) and it matches a program-high under 16th-year head coach Steve Gomez set by Brittany Blackmon on Nov. 10, 2018 (against University of Southwest). Chitsey's 3-for-3 from long range matched a career high. Her total of 28 points matched a career high and was the highest in program history for an NCAA postseason game, topping Kelsey Hoppel's 27 points in the 2016 NCAA Division II Championship against Alaska Anchorage.
The production from the junior from Wall, Texas included 13 points in the first quarter of play, as she connected on her first five field goal attempts in the game. LCU used an 11-0 run, part of a 17-2 run, and shot 76.5% (13-of-17) in the quarter to take a 32-14 lead.

LCU's offense was hot throughout the game. They scored at least 21 points in every quarter and shot at least 47.1% in every quarter. Chitsey was 9-of-10 from the field in the first half and had 22 points at the break for a 53-28 halftime lead.

The Lady Chaps built the lead and went mostly with their reserves the second half. They received 30 points from their bench in the game, and 23 came in the second. Every Lady Chap in the lineup had at least a point in the game. LCU converted on a season-high 38 field goals and their 62.7% shooting mark from the floor was also a season-high.

Along with their highest scoring output in a game this season, LCU's numbers also included 13 three-pointers (four players with at least two three-pointers), 42 rebounds (+14 rebounding margin) and 25 assists. Juliana Robertson tied a career high with a team-leading seven rebounds. Of their 25 assists, Olivia Robertson registered a career high (seven assists) and Caitlyn Cunyus tied a career-high mark with six assists.

LCU had three players in double figures. Olivia Robertson (14 points) and Allie Schulte (12 points) joined Maddi Chitsey, who has a combined 54 points in her past two games.

LCU, playing their first-ever game on Ohio soil, will remain in Columbus and will face top-seeded Drury Wednesday night at 7:30 p.m. (Central) inside Alumni Hall. LCU's record improved to 30-5 on the season, providing them with back-to-back seasons of at least 30 wins for the first time in program history. LCU will host another watch party in the McDonald Moody Auditorium for fans to cheer the Lady Chaps—doors open at 7:00 p.m., and the game will start at 7:30.

Video of the full game is available on the NCAA Division II website.