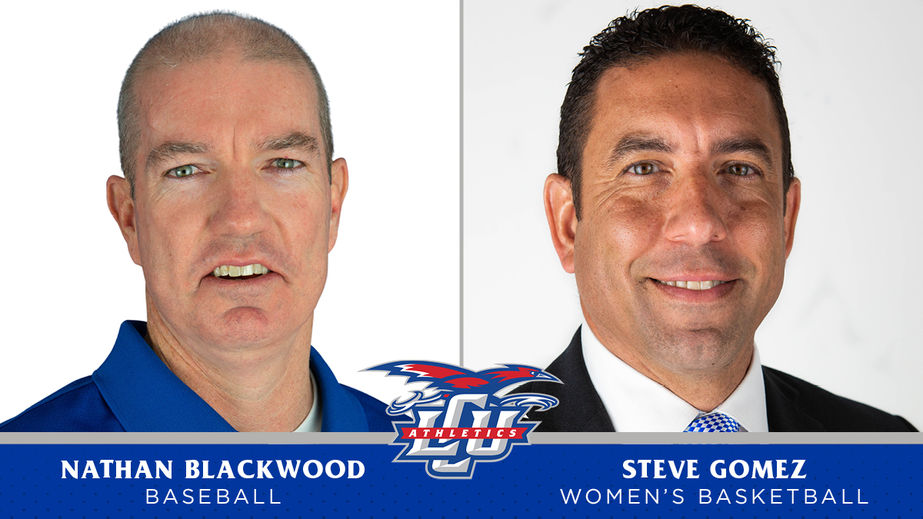 Lubbock Christian University has announced the contract extensions for coaches Steve Gomez and Nathan Blackwood, ensuring successful leadership well into the future for the two national championship programs they each lead.  Gomez and Blackwood have experienced long-tenured and extremely productive careers since they each began their head coaching duties in 2003.

Gomez’s pursuit of excellence has brought attention to the university both on and off the court from his very first season as the women’s head basketball coach. Gomez enters his 17th season with a 397-122 collegiate coaching record and two NCAA Div II Championships the first in 2016 and most recently, the 2019 season.

“The unity and spiritual climate of the LCU community has had a formative influence on every aspect of my life, and the life of my family, during my four years as a student and over the past 16 years as an employee. It is an honor and privilege to be part of the athletic department, and I look forward to having the opportunity to be a part of the continued growth and progress of our university,” said Gomez.

Coach Blackwood, head baseball coach, is also an extraordinary leader for LCU baseball and for the overall LCU athletics program. During his 16 years of highly effective coaching, the Chaps have an overall record of 658-269, with Blackwood reaching his 600th collegiate win as head coach in 2018.

In 2009, Blackwood’s team won the second ever national championship in baseball for the university, and Blackwood was named 2009 National Coach of the Year in NAIA. After transitioning to NCAA Div II, Blackwood and the Chaparrals are 108-46 in conference play and claimed conference titles in 2014, 2017, and 2019. The team also made appearances in the NCAA Regionals three of the four years since joining NCAA Div II.

“LCU is where I want to be, and I’m very thankful to the administration and the Board of Trustees for this extended commitment to me and my family.  I grew up as a fan of LCU Athletics, particularly Baseball, so to be able to serve and lead this program for the last 16 years has certainly been surreal,” said Blackwood. “The best part of working here is serving alongside a very dedicated faculty and staff who are passionate about our mission of changing lives and understand that what’s truly important goes way beyond our success on the field.”

Both coaches have had a significant effect on the culture and growth of Lubbock Christian University during their careers.  Their influence reaches beyond their student-athletes, as their involvement with LCU positively impacts students who are not a part of athletics, as well as their faculty and staff peers.

“LCU is blessed with a coaching staff that, across the board, are accomplishing great things for their teams and for the university.  Coach Gomez and Coach Blackwood have been head-coaching staples within the LCU Athletics Department for over 16 years and have been incredibly devoted to the university,” said Interim Athletic Director Scott Larson. “And through this dedication to the university’s mission, both head coaches have produced phenomenal student-athletes both on and off the playing surface while each has secured national championships. This is a small way in which the university can reciprocate the loyalty of these two leaders within the department."