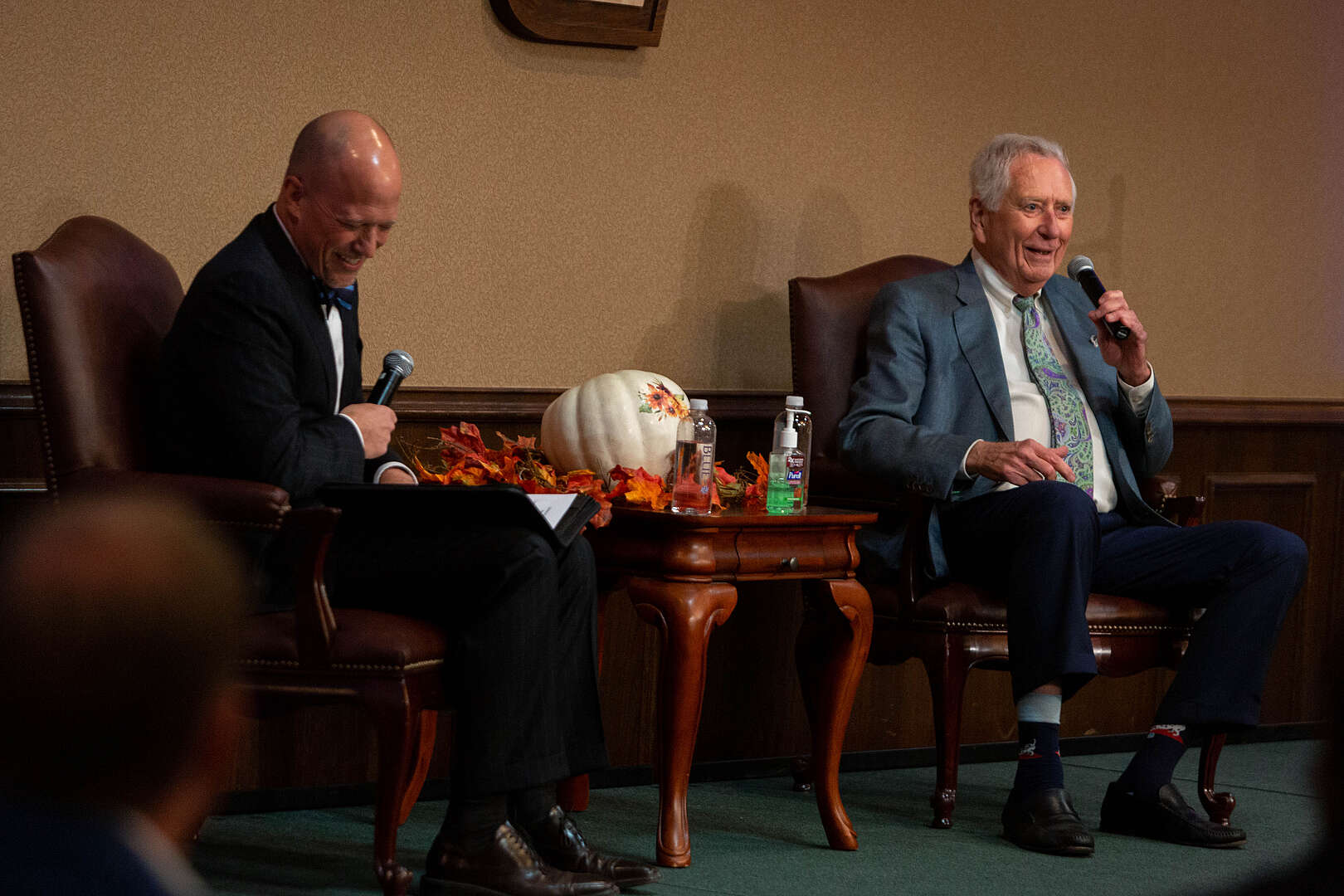 The socially-distanced event gathered local business professionals alongside students and faculty from the LCU School of Business in the Baker Conference Center on LCU’s campus to discuss the interaction of business and faith. McLane shared with his audience several lessons learned over his long career in the business field, including several stories recounting the power of his faith and the place those beliefs hold in his strategy for business.

McLane serves as chairman of the McLane Group and is the former CEO of the Houston Astros Baseball Club. A native Texan, this acclaimed businessman, leader, and generous philanthropist, began developing his tireless work ethic at age nine by working for his father at the family’s wholesale grocery business, the McLane Company. Upon completion of his formal education, McLane came back to continue working his way up, earning the respect and admiration of his co-workers, until he became president and CEO of the company in 1964 for the remainder of his 30-year career there.

During his tenure, he propelled the McLane Company into a nineteen-billion-dollar company, achieving an average annual growth rate of over thirty percent. Following the McLane Company’s merger with Wal-Mart, Inc. in 1990, he became vice-chairman of Wal-Mart while maintaining his position at the McLane Company. After playing key roles in each of these companies’ growth and productivity, he resigned in order to devote more time to the McLane Group, a parent company consisting of family owned companies operating throughout the world, which until November of 2011 included the Houston Astros where he served as Chairman and CEO. McLane eventually completed his nineteenth season with the Astros in 2011 before selling the team. Over the years, their philosophy remained consistent—bring home a World Series championship to Houston and make a positive difference in the community.

“We are so grateful to those who joined us for taking the time to be here, especially our speaker,” said Dean of the LCU School of Business Matt Bumstead. “Drayton McLane, Jr. came to support us because he believes in the mission of Christian education and in the mission of Lubbock Christian University.”

“This is an extraordinary place—and our world needs it now more than ever,” Bumstead continued. “As businesspeople, we take seriously our commitment to prepare graduates who will lift this region to new heights. Graduates who, when they leave here, not only have the proper skills, but also know how to be great teammates and be people of humility and strong character. People who will come to work every single day and make an impact—a real and lasting difference. People who, when the time is right, will provide exceptional leadership to the communities around them."