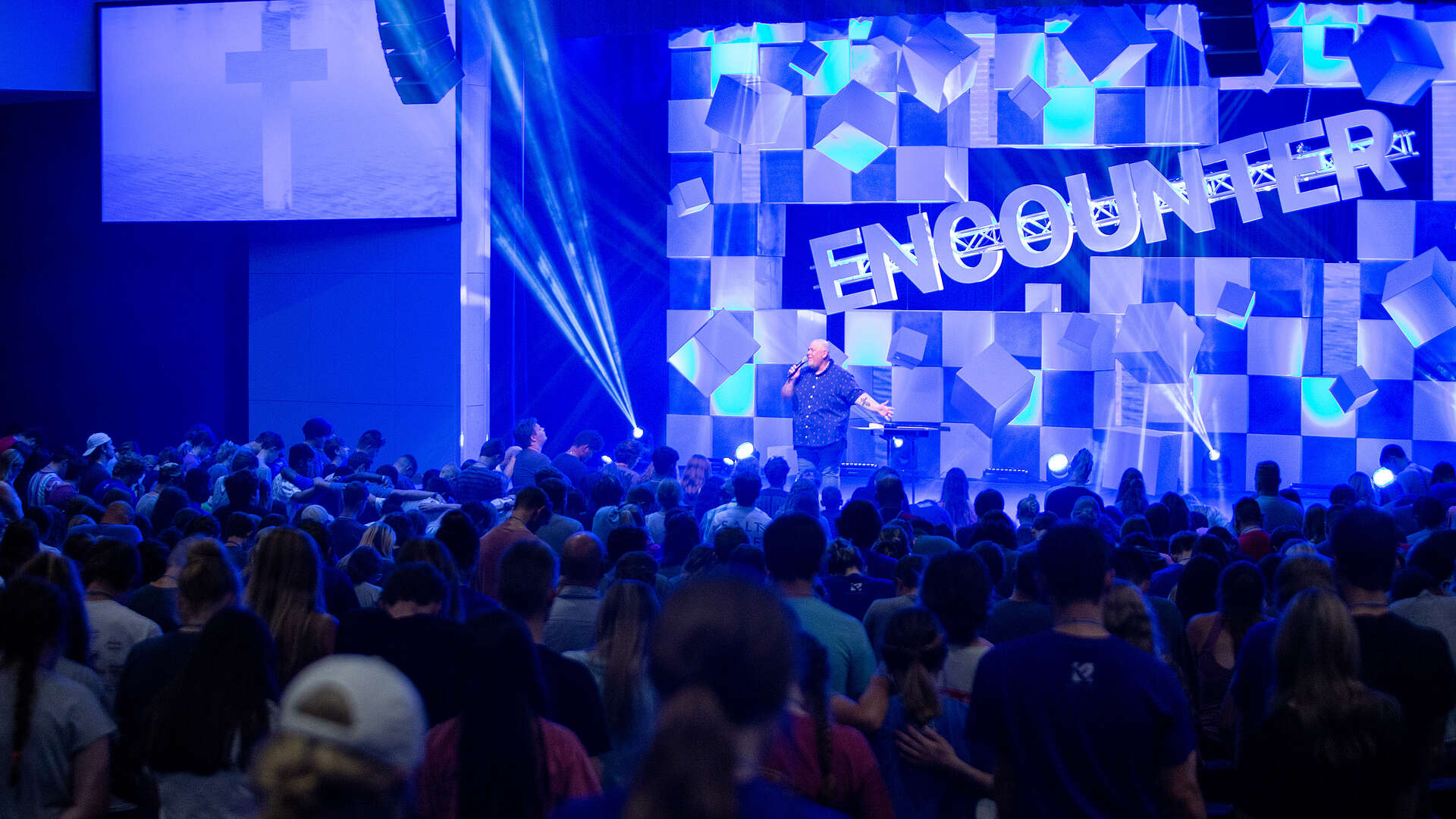 Encounter, LCU’s on-campus camp for teens from incoming-high school freshmen to graduating seniors, welcomed hundreds of campers for a week of worship, fellowship, classes, and other exciting activities. One week later, Encounter’s middle-school counterpart Camp Champion is in full-swing as well, as youth groups from across the country have brought students to campus for a weeklong experiential camp. Pine Springs, LCU’s remote summer camp located near Sacramento, New Mexico, hosts several different sessions throughout the summer.

Current LCU students serve as counselors for the two on-campus camps and for the summer at Pine Springs.  The student counselors gain invaluable experience as they work with young people, and they also form  powerful mentoring relationships with their campers during each of the camp sessions. .

Both on-campus camps featured nightly worship with renowned speakers and singers, world-class entertainment including illusionist Danny Ray, ventriloquist and comedian Taylor Mason, and LCU’s own Best Friends—who also led worship with alumni Thomas Aduddell (’96) at Encounter. Rob Wilkinson (‘01), a member of LCU’s Board of Trustees, has also made a regular appearance at both camps, entertaining audiences with his talents as a hypnotist.

Josh Stephens, director for Encounter and Camp Champion and LCU’s Dean of Students, expressed the gratitude that so many felt at being able to bring camps back after a tumultuous year off. “We are so blessed to be able to host Encounter, Camp Champion, and Pine Springs this year. You could feel a buzz when camp started and so many of the teens shared how they were excited to be back on our campus this summer.” He added, “I am grateful the university allows us to host these camps, and I know the Lord uses them for Kingdom purposes.”

LCU also introduced a new opportunity for campers in 2021 called the “Camp-to-Campus” program. Any camper who registers and attends Encounter, Camp Champion, and/or Pine Springs will receive a scholarship to Lubbock Christian University for the amount spent. The scholarships are eligible to be combined with other LCU scholarships and be split over a four-year period while enrolled as a student at LCU—and the scholarships are cumulative for each different year and camp that the student attends.

“Having Encounter and being able to host Champion this week is so powerful for the teens who are able to attend, our students who are counselors, and the campus as a whole,” shared Stephens. “Having camps back has been great, and I am so grateful to God that we are able to host them this year.”

Learn more about LCU’s summer camp opportunities as well as the LCU Camp to Campus initiative.