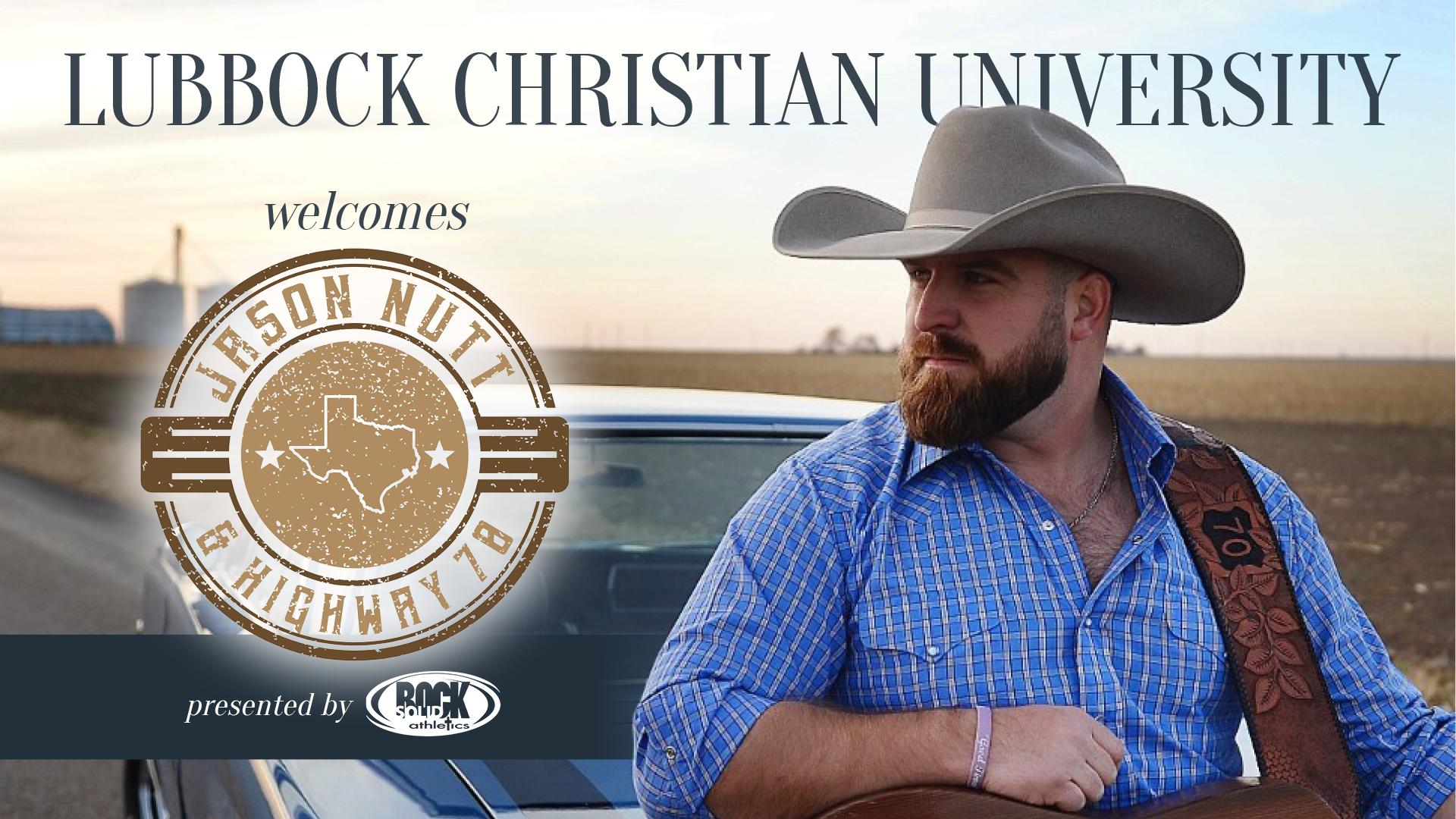 Lubbock Christian University (LCU) will host Jason Nutt & Highway 70 on September 23 to celebrate the pre-release of their upcoming gospel album. The event will include a President’s Circle Gala where ticket holders can expect a meet and greet with Jason Nutt followed by dinner and an intimate, personal acoustic performance from Jason in the LCU Baker Conference Center. Immediately following, Jason and his band, Highway 70, will perform a full concert in the McDonald Moody Auditorium as a Back-to-School Bash for students.

Jason is a singer and songwriter born and raised in Floydada, Texas. He grew up playing music, and while he was an LCU student in 2008, Jason Nutt and Highway 70 formed as a Texas Country band. After recording two albums and touring around the region, the band decided to take a step back in 2012 for various reasons. However, by 2018 the band was ready to come back together, after finding a way to balance music, family, and other things that were important to them.

Having always played Texas Country music, in 2021 Jason began work on a project he’d been dreaming of doing for years—recording a gospel album. The album features old gospel hymns, a couple of cover songs from other artists, and some original music.

LCU is honored to get to help kick off the pre-release of this new album, and tickets for the event are now on sale. Premier tables of 8 can be purchased for $500 and individual tickets for $50. All proceeds from the President’s Circle Gala will benefit the LCU Student Scholarship Fund. This event is presented by Rock Solid Athletics.