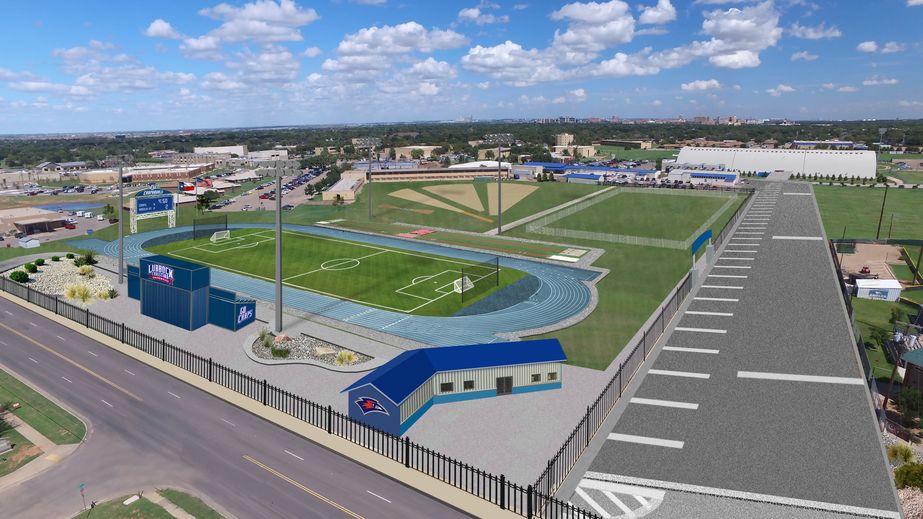 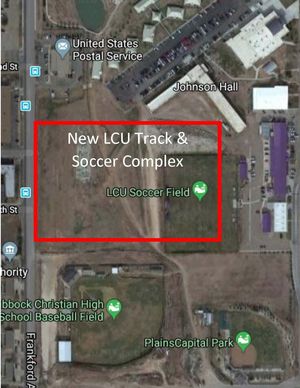 Lubbock Christian University has announced plans to build a new sports complex that will enable the expansion of their existing track and soccer programs.

Set for completion in August 2020, the LCU Track and Soccer Complex will include a modernized turf soccer field with an eight-lane track around the perimeter, press box for media and coaching staff, lights for evening competition, and stadium seating for 500 fans.

“This has been a project that has been in the works for quite a while. I can’t tell you how happy I am for Nick and Leigh Cordes (track and field), Alex Denning (women’s soccer) and Paul Gilbert (men’s soccer), that many months and years of discussion and planning is coming to fruition for them, as well as, our incredible student-athletes in those programs, “ said Scott Larson, LCU Interim Athletic Director.

Coach Denning said, “To see this vision finally become a reality is amazing. Joining the Lone Star Conference has been a big step, and now we will get to utilize a new soccer field that will attract new recruits as we continue to grow our program.”

Both the Lady Chap and Chap soccer teams have had a continued successful run since the start of their first season in 2010. The Lady Chaps are 93-68-17 overall, with historic success in 2019 and a program-record 13 wins and finishing third in the Lone Star Conference standings. The Chaps have had a winning record in each season since moving to NCAA Division II.

The current track program, reinstated in 2017, also experienced success in its early years thanks to Coaches Nick and Leigh Cordes. Amira McKee, LCU student-athlete, became LCU’s first All-Conference track performer in 2017 and repeated in both ‘18 and ’19. She has been joined by five other LCU student-athletes on the All-Lone Star Conference teams. In 2019, Jaylen Tryon became LCU’s first athlete to reach the NCAA DII Track and Field Championships and All-American (2nd team), doing so as an 800-meter competitor in both indoor and outdoor seasons.

Coach Nick Cordes stated, “We are looking forward to helping grow the LCU community by adding student-athletes for these new events. Having a full track program will allow us to continue to recruit the best students and provide to them a safe, encouraging, and highly competitive environment here at LCU.”

The LCU Track and Soccer Complex is being constructed by Collier Construction and the ceremonial groundbreaking will be held on Feb. 26. Recruitment of student-athletes for the new track events has already begun. LCU Athletics has a long history of being very competitive across numerous sports, and the addition of this new complex with help continue that tradition as one the top competitors in the Lone Star Conference.

Al Roberts, Interim CEO and President of LCU foundation said, “LCU is excited about the opportunities this new Track and Soccer Complex will bring to our existing student-athletes and to the student population in general. The complex will generate new recruits, improve the aesthetics of LCU’s campus, and provide an additional recreational space for the LCU students and community.”