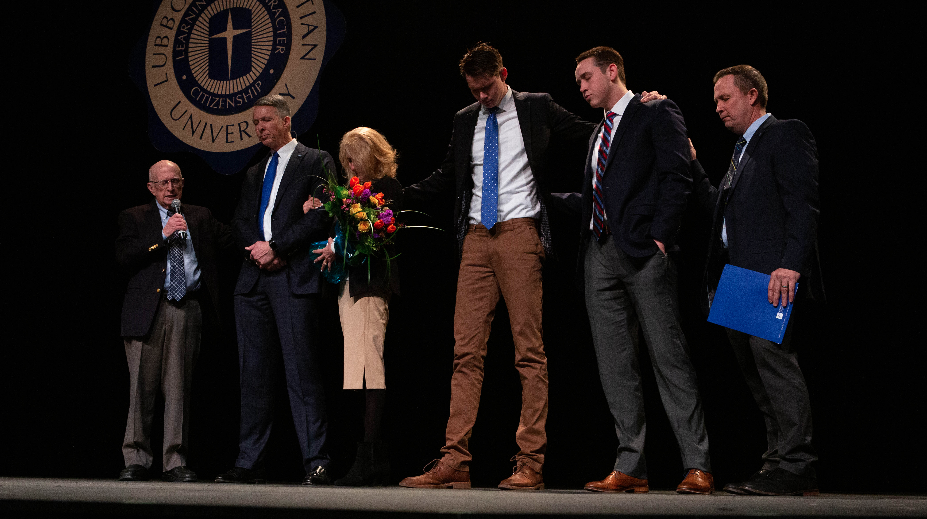 On April 1, 2020, Dr. Scott McDowell began his tenure as the seventh president of Lubbock Christian University. Such a monumental event would normally be accompanied with great excitement and ceremony—instead, amid the challenges and changes introduced by the COVID-19 epidemic, his first days on campus posed more challenges than anyone would have expected when he was appointed in February. Even so, when many would find themselves overwhelmed, President McDowell exudes a calm, reassuring, and faithful presence for the university.

“Dr. McDowell assumed the role of LCU’s seventh President during a time of very significant uncertainty, but we are convinced that God has raised him up ‘for such a time as this,’” shared Dr. Brian Starr, Executive Vice President of LCU. “He is approaching early decisions with a healthy blend of circumspection and faith, balancing wise caution with strong confidence that God will continue to provide for His people and that LCU’s future remains bright. We are blessed to have Dr. McDowell on board at Lubbock Christian University.”

President McDowell stressed that the welcome he and his family has received upon arrival in Lubbock has been overwhelmingly positive and supportive. “Kay and I have received an amazing welcome to the LCU community,” he said. “The cards, letters, texts and messages via social media have been so incredibly encouraging, and the warmth and hospitality has been unmistakable.”

McDowell also shared that, while many have offered their sympathies at the circumstances during his start at LCU, he sees it as a blessing in disguise. “While I totally understand that and would clearly not have chosen these circumstances, it dawned on me a couple of days after my official start that this might actually be the best time to start a presidency at a Christian university,” he added, explaining that the current challenges facing the university will not only remind the community of where a university with “Christian” in its name ultimately places its trust, but also provide ample opportunity to lean into its mission and purpose.

“That doesn’t mean we won’t spend long hours analyzing our place in the market, creating careful strategy, and rolling up our sleeves to work as hard as we can,” he clarified. “What it does mean is that we won’t rely on those efforts. We will rely on the God who is better able to inspire, guide, and make those efforts more productive than we could ever hope to be. So, as strange as it may sound, I’m grateful to be starting my time at LCU at ‘such a time as this.’”

check out this article</link> on pages 23-24 of The Christian Chronicle’s May issue.