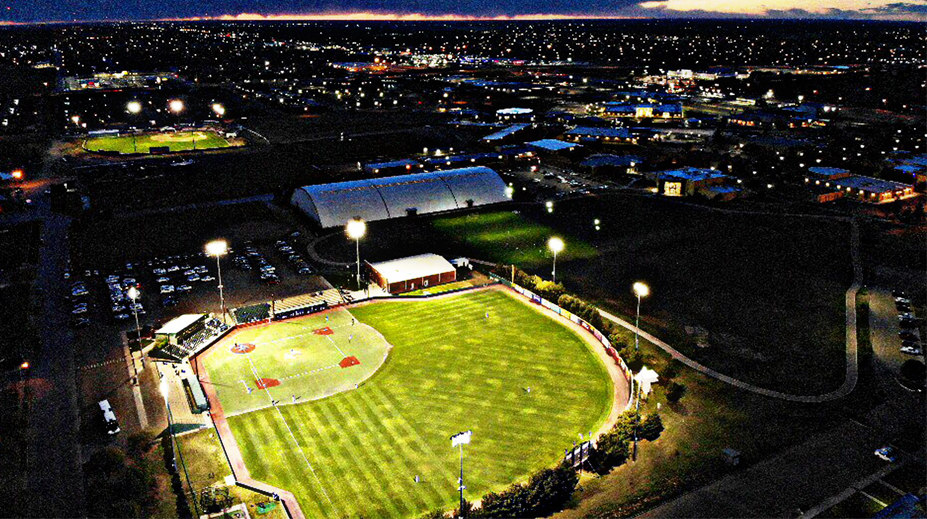 The award is given each year to a department within the Heartland Conference that displays excellence in their coverage of athletic programs and as a partner within the conference.

Lubbock Christian Associate Athletics Director for Communications Chris Due oversees the publicity efforts for the Chaparrals 14 sports including 11 which are sponsored within the Heartland Conference. Due is assisted by Assistant Sports Information Director Everett Corder, who is the contact for eight of the Chaps' programs including the baseball regular-season champion baseball team.

Due has served on several committees within the conference in conjunction with his SID role including the Hall of Fame Committee, Baseball Committee and Heartland Conference Digital Network Committee. In addition to duties within the conference, he serves as a voter for the US Basketball Writers Association (USBWA) and National Collegiate Baseball Writers Association (NCBWA) player of the week awards, and as a voter for the Division II Sports Information Directors (D2SIDA) women's basketball ranking committee. Due also served as a press officer for USA Baseball's 12U National Team last summer, as they won a Pan American Championship in Mexico, and continued a role with Sports In Action performing game day on-field operations with the UIL football championships.

"Chris, Everett and the entire Lubbock Christian SID team have always done an excellent job providing coverage for the LCU programs and are wonderful partners within the conference," said Heartland Conference Asst. Commissioner Brandon Tripp. "Chris and Everett have always been willing to help at conference championships and by serving on several conference committees and I am always impressed with the work that they do."

The LCU SID department provided coverage for three conference championship winning teams including the women's volleyball team which hosted the conference tournament for the first time since transitioning to Division II. The department also provided coverage for the women's basketball program that went on to win a second national championship in four seasons.

"Each year, the demands in the Sports Information field increases, creating more workload and demands from fans, parents, faculty, alumni and media members. I appreciate the demand for the good things happening with LCU athletics and the work that Everett Corder, Roy Worley, and the countless game-day staff members put in to fulfill those demands," said Due. "Hard behind-the-scenes work typically goes unnoticed, so (our department) receiving this honor from our peers around the Heartland Conference makes this much more appreciated."

Due joined the Lubbock Christian staff in December of 2007 as the sports information director and was named the Associate Director of Athletics in 2014. Corder joined LCU in January of 2019 as the assistant SID after heading up communication efforts for Angelo State where he completed his master's degree.