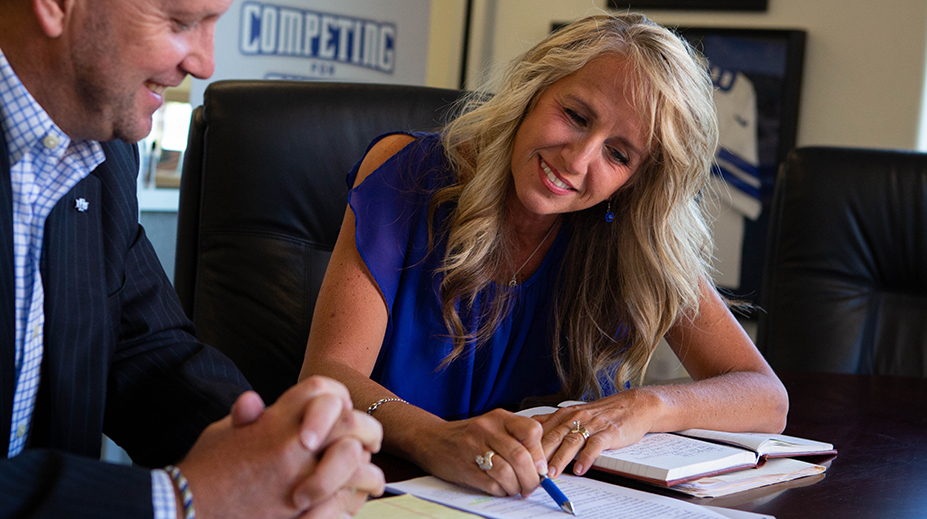 Lubbock Christian University has announced the appointment of Lisa Fraze as a new major gifts officer for the university. Fraze will strategize and solicit major gifts for significant university projects and initiatives in this new role, in addition to her current role as Director of Stewardship.

Fraze began working at LCU in August 2018 as Director of Stewardship leading the LCU Community Partners Program, assisting in grant writing for the university, and engaging donors to enhance their involvement with the university.

Fraze and her husband, David, moved from the Dallas-Fort Worth area when they each received important university appointments. David serves as professor of Youth and Family Ministry in the Alfred and Patricia Smith College of Biblical Studies. Fraze received her Bachelor of Social Work degree from Lubbock Christian University and a Master of Arts in Counseling from Dallas Baptist University.

“Lubbock Christian University has given me so much, and now is the time and opportunity for me to give back in a major way to a university that is making an incredible impact on the lives of young people and the Lubbock community,” said Fraze. “It has been exciting to see how much LCU has grown over the past twenty years and what a vibrant and academically strong environment this provides for our students.”

Under the direction of Raymond Richardson, Vice President for University Advancement, the university launched the 2020 Vision Campaign, raising over $70 million to date in gifts and pledges, exceeding the victory goal of $60 million. The campaign allowed the addition of more than 100,000 square feet of academic space to the campus, including the Margaret Talkington Center for Nursing Education, the James and Jeanette Ling Science Center, and the Christa Dobbs Center for Business.

LCU is strategically working on initiatives to grow the university’s endowment to provide more scholarships for students, to complete fundraising for the Wayne and Yvonne Hinds Music Center, and to enhance and expand athletic facilities as the Chaps and Lady Chap move into the Lone Star Conference this fall.

Richardson said, “Lisa loves the Lord, loves Lubbock Christian University, and loves people, and I am confident that she will continue the successful securing of resources that LCU has experienced over the past several years, fueling significant momentum for the university.”