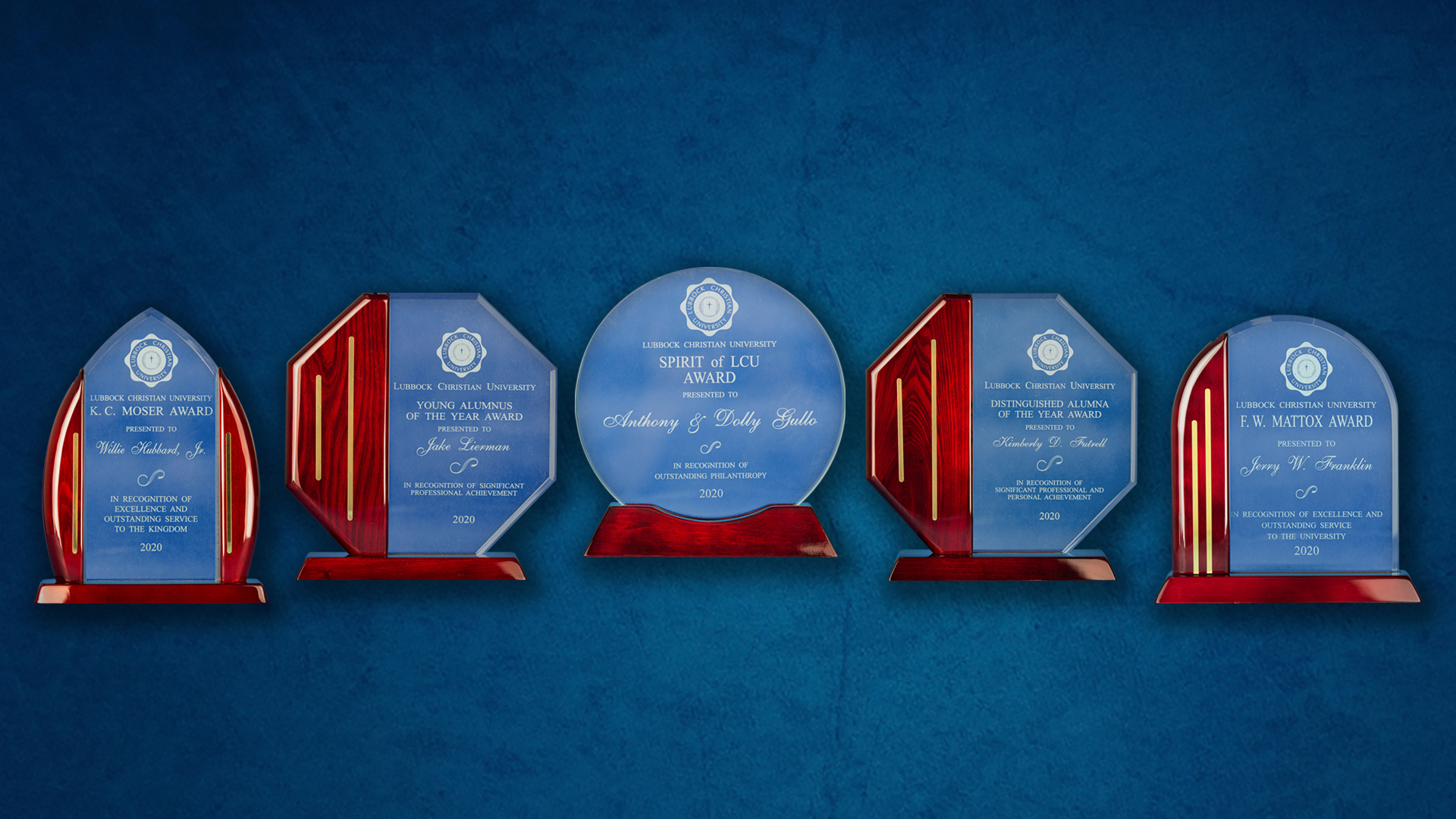 Lubbock Christian University (LCU) and the office of Alumni Relations recently named the 2021 Distinguished Alumni Award recipients in recognition of their outstanding success and service in their professional pursuits, their local communities, and to LCU.

The eight 2021 recipients include a Master Explosive Ordnance Disposal (EOD) Technician and Commander in the Air Force, a local urology and men’s reproductive health expert, international minister, as well as leaders in the agricultural science industry. They will all be honored at the annual Lubbock Christian University Alumni Awards Luncheon during the University’s homecoming on Friday, Feb. 12.

The awardees continue to profoundly impact the world around them, both in professional success and in service to the Kingdom of God. Every year, LCU identifies distinguished alumni in five different categories:

Learn more about other activities during LCU Homecoming, or get tickets to the Alumni Awards Luncheon.