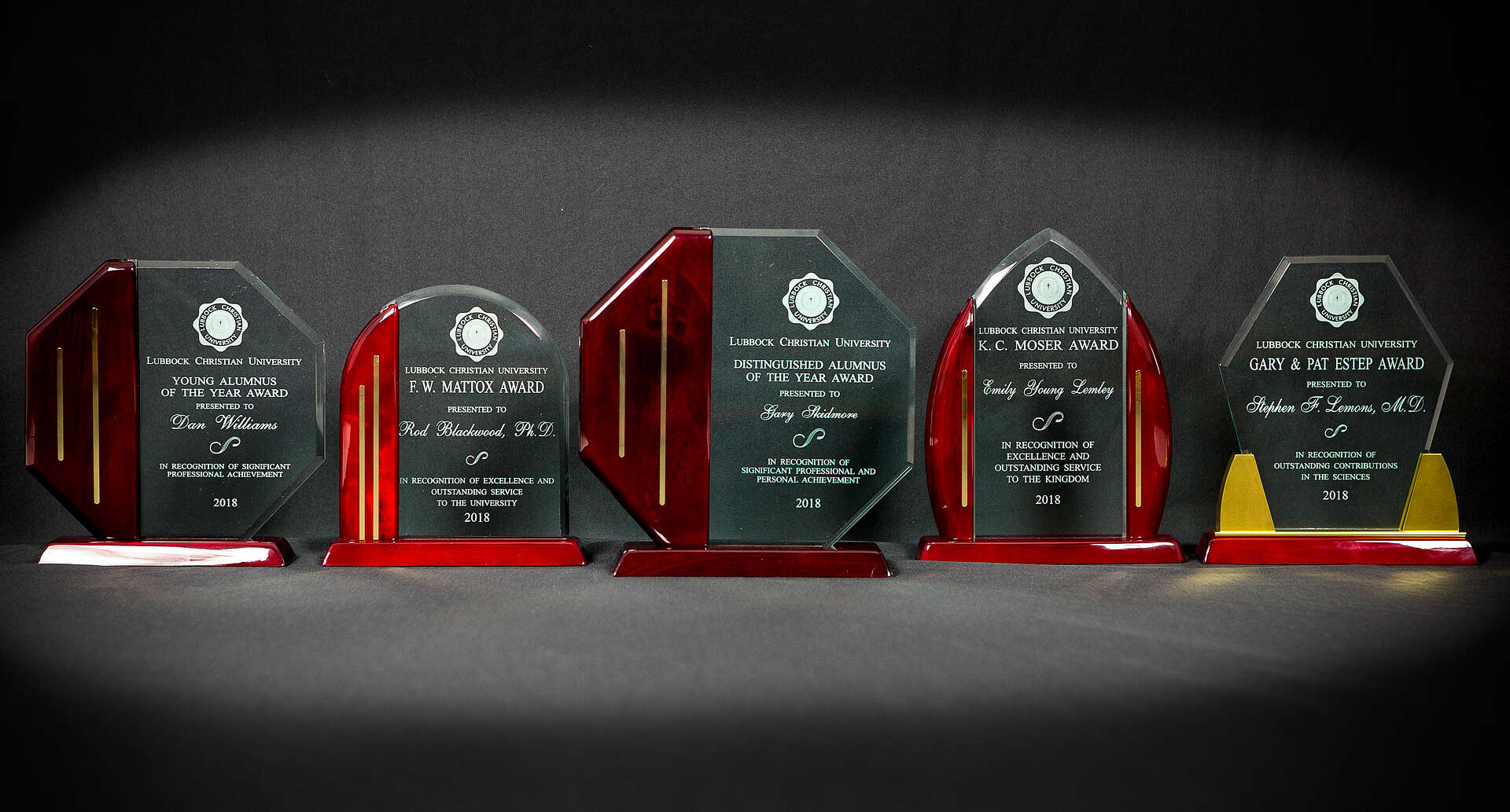 Lubbock Christian University (LCU) will recognize several of their outstanding alumni at the upcoming annual awards luncheon originally scheduled for Homecoming weekend, but rescheduled to April 29 due to inclement weather. The event, now a dinner form 6-8 p.m. that evening, was rescheduled alongside several other homecoming events for the safety of traveling guests.

The Alumni Awards are presented each year to recognize the significant success and service of distinguished individuals in their profession, communities, and to LCU. These individuals are making impacts not only in their immediate circles of influence but in the larger Kingdom of God as well. Those being recognized this year are:

Russ received his Bachelor of Arts, Mathematics from LCU in 1996 and later his master's in Management Information Systems from Texas Tech. In 2005, he started working at CoNetrix as a Security and Compliance Consultant. He was promoted to COO in 2007, and in 2011 was named to his current position as President of CoNetrix.

Emmanuel received a Bachelor of Arts in Humanities, Business Specialization from LCU in 2007 and a Bachelor of Business Administration in Accounting in 2010.  In 2015 Emmanuel began his work with Ronald McDonald House Charities of the Southwest as the Director of Finance and currently serves as the President and CEO.

F.W. Mattox Award (In recognition of excellence and outstanding service to the University)

Emily graduated from what was Lubbock Christian College in 1972 as part of the first four-year class and later received her master's degree from Texas Women’s University. She worked in public education for 20 years before becoming a realtor in 1992. She currently works at Westmark Realtors. She has served LCU as a Community Partner, Master Follies title sponsor, and as a member of the President’s Circle. She has also supported LCU Athletics, given to multiple endowed scholarships, the LCU Fine Arts, and many other areas since 1979.

K.C. Moser Award (In recognition of excellence and outstanding service to the Kingdom of God)

George was raised in the Bronx of New York and started his education at the High School of Music & Art. He later graduated from Southwestern Christian College, Lubbock Christian University, and Duquesne University. George's voice has been heard on a wide range of projects with well-known recording artists, but he is best known for his key role with The Acappella Company, where he co-produced several popular albums and served as lead singer for seven years. George presently serves as an associate director for Frontier Fellowship, where he combines his artistic experiences with a deep love and passion for cultural diversity and missions.

Michael received his Bachelor of Science in Animal Science/Pre-Vet from LCU in 1981, his Bachelor of Science in Veterinary Science from Texas A & M in 1983, and his Doctorate of Veterinary Medicine from Texas A & M in 1985. In the early 1990’s he began using ultrasound technology to evaluate the effects of superovulation protocols on Bovine Embryo Transfer donors. He has worked at Hamilton County Veterinary Clinic since 1988 where his duties are exclusively Bovine Embryo Transfer.

Hardy and Becky Stewart and Bob and Faye Stewart each had three children that attended LCU beginning in the early 60’s. In 1968 Hardy was named a member of the board of trustees for Lubbock Christian University. Since then, from this family there have been 35 children, grandchildren, and great children and spouses attend Lubbock Christian University. A legacy is where life lives on. The Stewart family has created a great legacy at LCU.

Check out the full online schedule for LCU’s 2022 Homecoming weekend.