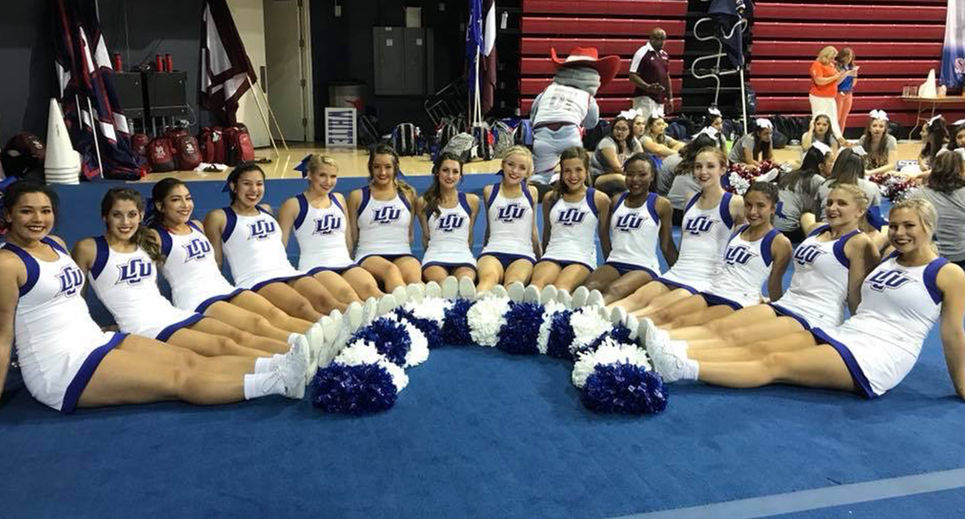 Lubbock Christian University Cheerleading is off to a strong start after placing at their first year camp with the National Cheer Association (NCA) College Game Day.

“My first college cheer camp was amazing,” said Madison Mikolay, one of the LCU cheerleading captains. “I’m loving being a part of a new cheer team because we are getting to teach traditions and bring a fun atmosphere to games.”

The NCA teams each participate in different categories for crowd engagement and a rally routine. The rally includes tumbles and tosses for teams to show off their moves. Though the teams practice in the week leading up to it – during two-a-days for the LCU team – some of the routine is not shared until moments before the performance.

“It really is a lot of pressure,” said Kayli Durham, LCU head cheerleading coach. “For a first-year team who has never been together before, it’s a lot. So the team did a really great job.”

LCU Cheerleading placed second in the rally routine in the NCA all-women division. They also received three superior blue ribbons and a bid to nationals in Florida.

Durham said that many people approached the LCU team to compliment them on their strong debut performance.

“Placing is not something you expect in your first year,” Durham said. “But they learned a lot, they learned a number of different skills that they’ll be able to use throughout the year.”

The cheerleading team will make their campus debut at Chap Nation Live when school begins in the fall.

“I’m excited about building community and new school traditions," Durham explained. "We’re going to get to teach the incoming freshmen the fight song and a couple of chants at orientation. As we build these new traditions, we also hope to build community and school spirit on campus.”