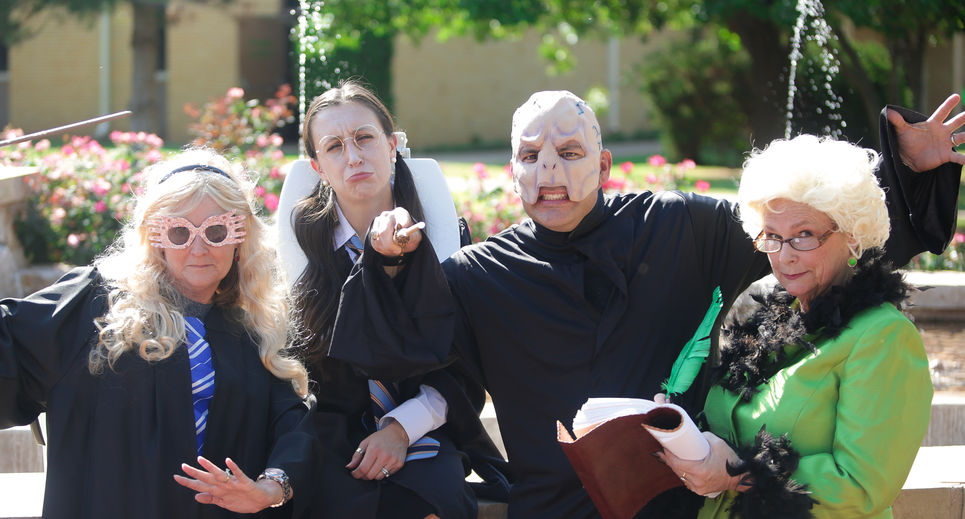 The ninth annual Writing Carnival begins Friday… as we wished!

This year, the carnival features “The Princess Bride” – the book on which the movie was based – by William Goldman. In fact, though fewer people are aware of the novel than the film, Goldman penned both. The film was adapted 14 years after the release of the novel.

A comedic classic, the book will be the center of the events for the Writing Carnival, featuring a viewing of the film and carnival booths themed around recognizable characters like Buttercup, Vizzini, and Fezzik.

The carnival begins with a costume contest and viewing of “The Princess Bride” movie in the SUB on Friday, Sept. 14 at 6:45 p.m. The carnival events continue Monday with a chapel inspired by the story that also launches a 24-hour reading marathon on the steps of the McDonald Moody Auditorium. (President Perrin, per tradition, will read during the midnight shift.)

The 24-hour reading marathon will continue through chapel the following day and segue into the carnival itself. The carnival will offer lunch to students in the mall area, along with writing contests and activities themed on the novel, such as Fezzik’s Rhyming Challenge, Vizzini’s Battle of Wits, trivia, a jousting tournament, and more.

Initially, the writing carnival was inspired when Privett and Dr. Jana Anderson attended a conference that suggested creative ways to get students involved in writing. Nine years later, the carnival has grown in size and attendance and excitement with new additions every year.

This year added the “As You Wish” collection drive benefiting the children served through the Children’s Advocacy Center in Lubbock. Donation locations are available across campus for cash, new books, new stuffed animals, individually packaged snacks, or bottled water that will go towards providing child abuse victims a safe, supportive environment. Donations will be collected through Tuesday, Sept. 18.