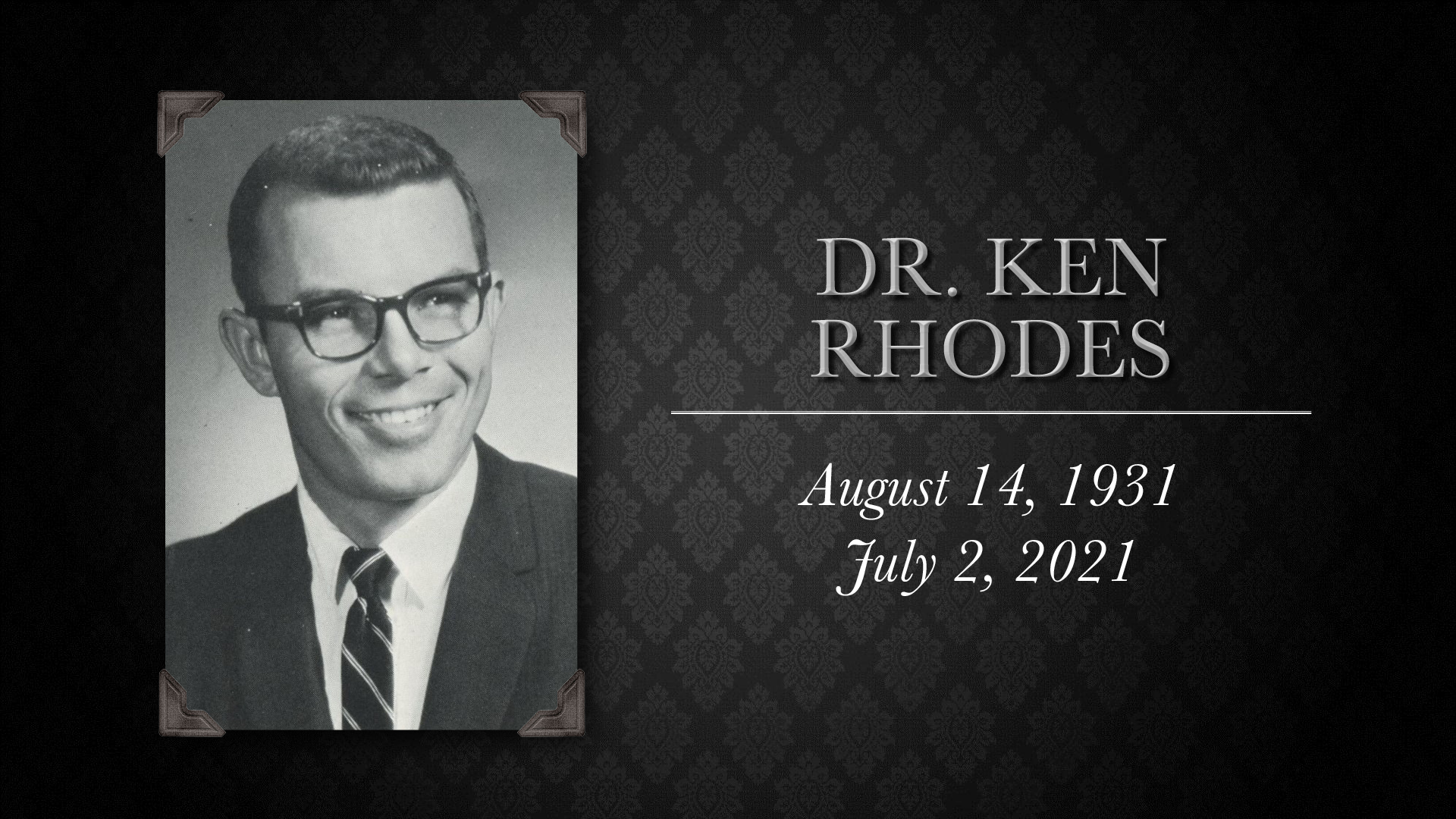 Known by most simply as “Ken,” Rhodes was born in Frederick, Oklahoma on August 14, 1931 to Bertis and Lalla Rhodes. The family soon moved to Roswell, where Ken’s easy access to the New Mexico mountains grew into his lifelong love of the great outdoors. He attended Harding College in 1949, where he preached while attending school. It was there that he met his wife, Carolyn, and earned dual degrees in Bible and History.

After completing his master’s degree, Ken continued ministry at Oklahoma University in Norman before answering the call to join the founding staff at Lubbock Christian College in 1959. They also placed membership at the recently-formed Greenlawn Church of Christ. By 1968, Ken had completed his Doctorate of Education at Texas Tech and would become known as “Dr. Rhodes” to generations of students from Lubbock Christian University.

Ken and Carolyn exhibited deep and unwavering commitment to Christian education over the years. Ken taught Bible and history classes at the college, while Carolyn taught elementary grades for twenty years at Lubbock Christian School. Many students of “Dr. Rhodes” still today express deep appreciation for his knowledge, preparation, articulate style, dry wit, but especially his personal interest in and care for each student. Ken served in the LCC administration as Dean of Students where he was known to balance the letter of the law (often regarding the length of a male student’s hair) with both good humor and good grace. Ken and Carolyn raised four sons, each of whom attended Lubbock Christian Schools from kindergarten through college.

Ken’s dedication to his students was best described by Dr. Rod Blackwood. “I remember the patient, gentle spirit of Dr. Ken Rhodes, who as dean of students had to endure the water fights, firecracker bombs, and multitude of other things that teenage boys could dream up and yet was able to instill in us a sense of responsibility, discipline, and limits when they were needed.”

Early one morning at the age of 40, Ken suffered a head injury while riding his packhorse, Brownie. What Ken thereafter referred to as "The Horse Wreck" led to new realities of life and overcoming daily personal challenges. Ken, and Carolyn with him, faced extraordinary consequences of The Horse Wreck with exemplary faith, perseverance and hope. Although he never returned to the classroom, Ken continued his career in Christian education by influencing generations of young people at LCHS and LCU until he retired in 1993.