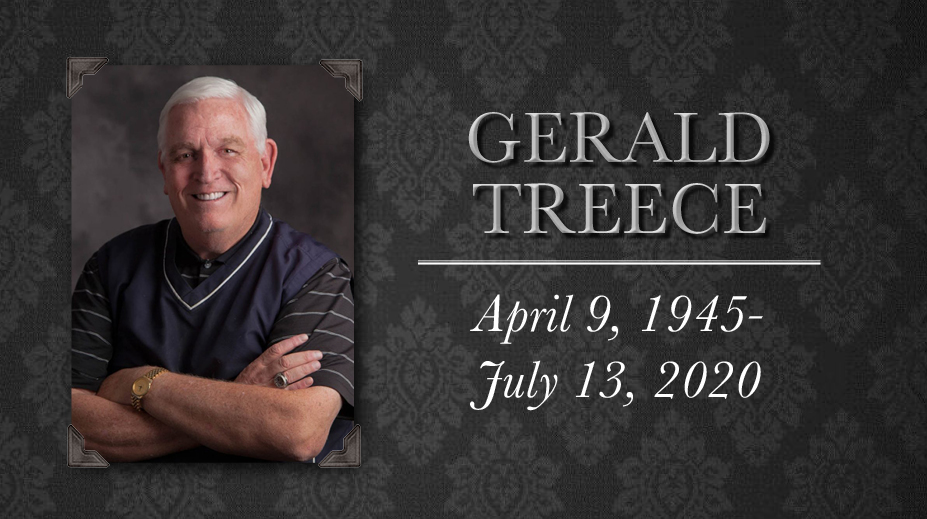 Gerald Treece, a powerful member of one of LCU’s earliest classes, passed away Monday morning from a long-term illness.

After attending then-Lubbock Christian College, he went on to become a successful attorney before joining the South Texas College of Law as director of the fledgling advocacy program in 1978. At the helm, Treece spent the next four decades turning it into a national powerhouse, with a nationally-leading 133 national titles—and counting—under the program’s belt. Affectionately called “Coach” by his students and fellow faculty members, he trained some of the country’s most successful litigators. He most recently served as South Texas’ vice president and associate dean of advocacy, and his name is emblazoned across the mock courtroom at the college.

Treece, a proud Odessa native, was a decorated Vietnam War veteran, an avid Houston Astros fan, and a man of deep faith. He was a beloved father, husband, teacher, mentor, colleague, public figure, and friend. After speaking at the spring LCU commencement ceremony in 1986, Treece was awarded an honorary Doctor of Laws degree by his longtime friend Dr. Steven Lemley.

“I am so saddened to hear about the passing of Jerry Treece,” said the LCU professor and former university president. “We were roommates during the two years we attended Lubbock Christian in its junior college days. Jerry was a significant figure on campus—very bright and academically excellent, keenly aware of American history and the national politics of those years between 1963 and 1965. He was an outstanding public speaker and debater. His life and work since those days will place him among Lubbock Christian University’s most outstanding alumni. I think of him often—he was so much a part of my college experience—and I will never forget him.”