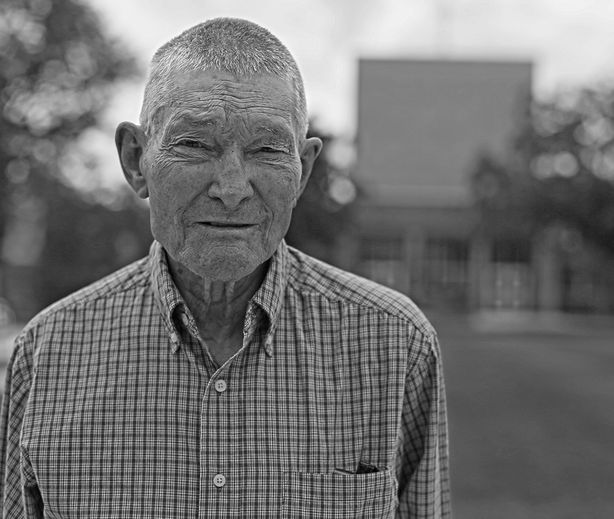 “We can all encourage one another to be the very best we can be. I’ve been called to encourage people. We talk about changing lives, and I’ve seen great changes in many lives. Not that we’re perfect, but that we try to live what we say. I think we do that here. I think the best is yet to come. I think it will get better and better.” –Gordon Cargill, August 2013

The family of Gordon Cargill will join the Lubbock Christian University family to hold a memorial service in honor of a beloved LCU staff member and role model, Gordon Cargill, on Wednesday, July 9, at 2pm in the McDonald Moody Auditorium on the LCU campus. Gordon passed in his sleep on June 27, 2014, after several months of battling illness. Gordon retired last September to move closer to his children in Searcy, Arkansas, with his wife, Bettie, after serving LCU for seventeen years.

LCU President Tim Perrin and Dr. Brian Starr will both speak at the service. During his time at LCU, Gordon humbly began by scrubbing floors and ultimately delivered packages around campus. He had one mission in mind—to make LCU a better place. However the difference Gordon made transcended mere physical improvements. Gordon left an indelible impact on the heart of the LCU community. Each morning he prayed that the people at LCU would work together in love and unity, and it wasn’t uncommon to find him praying and crying with hurting students.

In April of 2014, LCU established the Gordon Cargill Spirit of LCU Award as a means of honoring Gordon’s legacy. The award recognizes each year a member of the LCU faculty or staff for their servant’s heart and encouraging spirit. President Tim Perrin commented: “The LCU community joins with Bettie and the Cargill family in mourning the passing of Gordon Cargill. At the same time, we celebrate Gordon’s life and his remarkable legacy at LCU. We are a far better place because of his time of service among us.”

In a very selfless, Gordon-like fashion in the days before his passing, Gordon asked that mourners make donations to a memorial scholarship fund to support LCU students in the Biblical Studies department rather than send flowers. To contribute to the Gordon and Bettie Cargill Scholarship fund, visit LCU’s donation page.