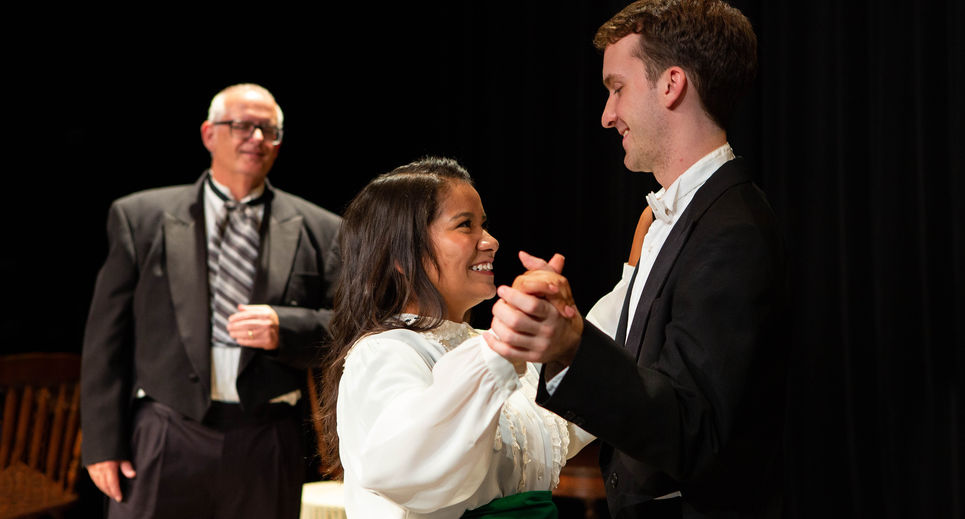 Come enjoy Meet Me in St. Louis, a wholesome musical based on the 1944 film, brimming with humor, romance, and excitement for the 1904 World's Fair when the Lubbock Christian University Summer Musical opens Friday, July 27 at 7:30 p.m.

The musical, written by Hugh Martin and Ralph Blane and directed by Laurie Doyle, associate professor of fine arts at LCU, will run through Sunday, July 29 at 7:30 p.m. in the McDonald Moody Auditorium.

"My favorite part of the LCU summer musical is that I now have another family – my summer musical family that I get to spend 3 months with learning a new show and making lifelong friendships," said Tod Towns, a member of Monterey Church of Christ who plays Alonzo Smith.

The family Towns refers to is comprised of an extended community. While the musical is hosted at LCU, it is a collaborative effort with local Churches of Christ, Broadway and Monterey. Furthermore, the cast consists of LCU students and members of churches across the community of Lubbock. This group comes together each summer to create strong and diverse theatrical performances.

"The summer musical is meaningful to me because I have the chance to use my gifts to entertain and make others laugh," said Perry Sims, a member of Broadway Church of Christ who portrays Grandpa.

This is the seventh summer musical at LCU with past shows including Children of Eden, Fiddler on the Roof, a Broadway revue, and more.

"The summer musicals are special to me because they allow us to share the talents that God has given us," said Traci Davidson, a member from Sunset Church of Christ who plays Anna Smith. Her daughter and son are both in the show as well, with her daughter, Molly, portraying Tootie. "It’s fun to create with such a diverse cast. I love spending time with my summer family."