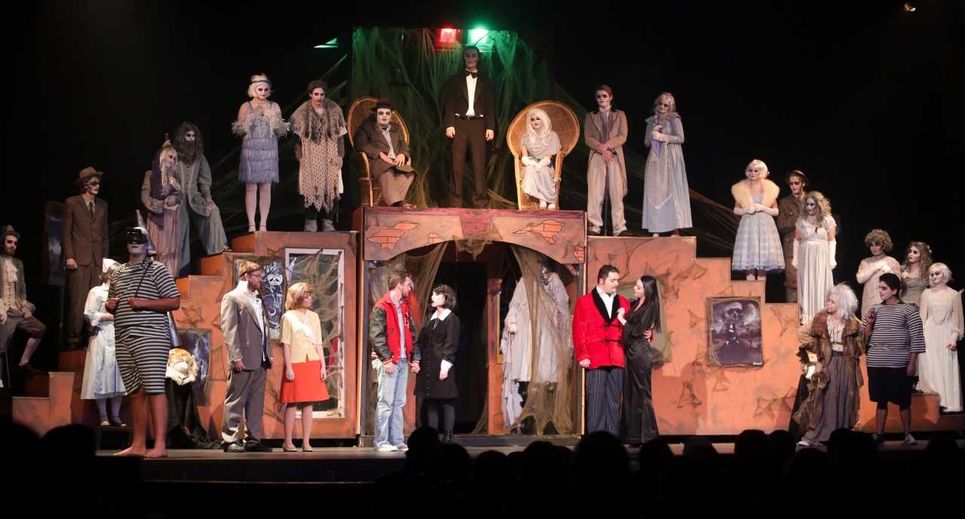 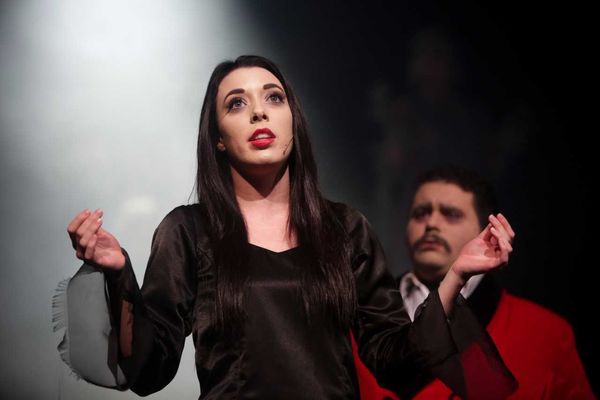 “The Addams Family” was performed as the fall 2017 musical at LCU over the weekend before Halloween, directed by Dr. Don Williams and Dr. Laurie Doyle. In Andrew Lippa’s musical comedy, the reimagined members of the Addams family are thrown into chaos when teenage Wednesday Addams (Jordan Sanders) falls in love with a “normal” boy from a “normal” family and invites them over for a dinner party.

Sanders as Wednesday was an easily beloved protagonist. She maintained her threatening air, while playing on sympathies from the audience. Sanders impressively belted notes as she lamented being pulled away from darkness and being crazier than her boyfriend.

Lucas (Braeden Jones),Wednesday’s fiancé, played the perfect foil as a sunny, optimistic boy dressed in bright colors. Lucas’s efforts to meet Wednesday halfway and Jones portraying him endearingly, allowed him acceptance in the already-established world of the Addams family.

Though, at first, the rest of the family was not so endeared to him: Morticia (Kayla Emerson) struggled with feeling like her daughter was pulling away, Gomez (Jalen Allred) was torn between his wife and daughter, and Pugsley (Cameron Insilan) connived to save his sister from “ruining her life.”

The Addams family members were on-point in casting. Each time Emerson and Allred interacted, they called to mind the epic romance between Morticia and Gomez. Each pose, each dance, and each duet mirrored the classic characters, while also portraying them in an original way for the LCU stage. Insilan’s Pugsley was adorable and sympathetic as he wondered if Wednesday would torture him anymore if she married Lucas.

The Addams’ struggle seemed understandable, though, since Lucas’s parents, Mal (Taylor Duzan) and Alice (Hannah Tarron), had just as difficult a time accepting Wednesday and her family’s… quirks. Duzan and Tarron commanded laughs with each reaction to the Addams’ torture chairs, macabre commentary, and mausoleum-style home. Their best interactions may have been with Lurch (Landon Camp), who stole attention each time he was on stage.

Perhaps the funniest moments of the show were delivered by Grandma (Emily Beaulieu) whose wild hair befit her wild performance, the cherry on top for an already crazy and hilarious family.

The only character cheering for Wednesday and Lucas seemed to be Uncle Fester (Clayton Henrikson), who acted as sometimes narrator and additional comedic relief. He and the ghostly Addams ancestors encouraged the rest of the characters to talk about love, culminating in a beautiful ballad to Fester’s love: the moon.

The ancestors acted as the chorus: singing, dancing, and manipulating props to further tell the story of the show. The show couldn’t have been done effectively without them.

Overall, from the moving emotional scenes to the hilarious goofs and gags, the musical was a frightfully fun theatrical experience.