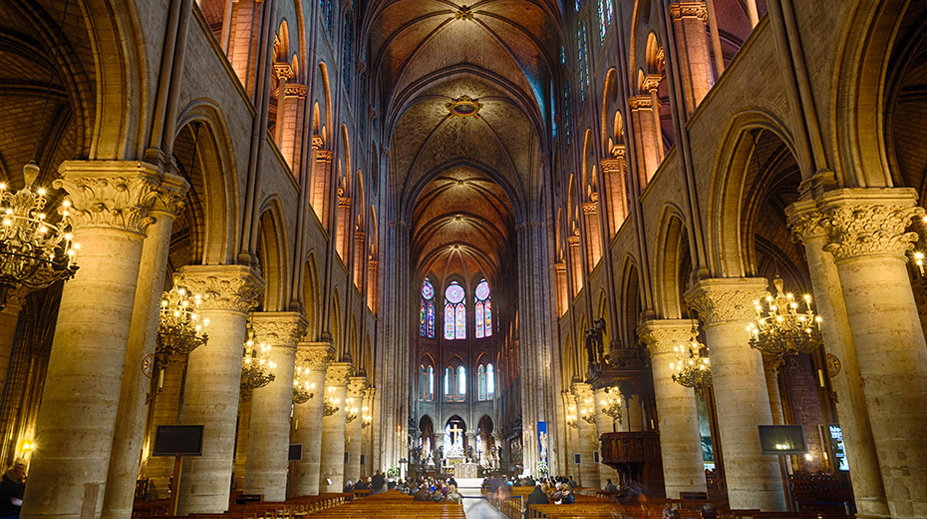 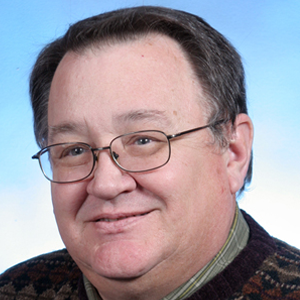 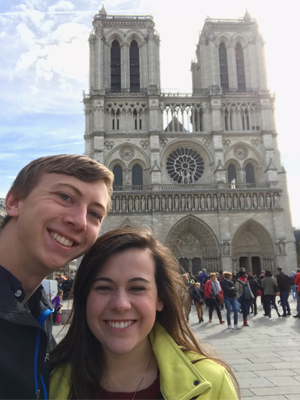 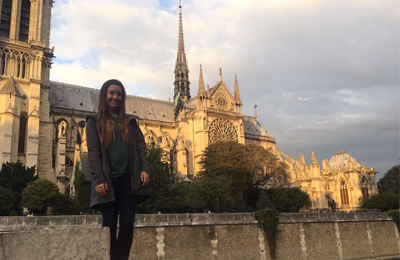 In response the Monday's tragic fire, which engulfed the Notre Dame Cathedral, a world-famous landmark in Paris, France, Dr. Keith Owen shared an excerpt about the history—and resiliency—of what he has called, "The French Phoenix."

"On the evening of April 15, 2019, the Cathedral of Our Lady of Paris (Notre Dame) caught fire. The spire and the lead-lined oak roof of the cathedral collapsed. France and the world wept.

"Construction began on the cathedral in A.D. 1160. For a hundred years, architects, artists, artisans, and peasants labored on the edifice, pouring their sweat, their skill, and their devotion into the creation of one of the world’s finest examples of Gothic architecture. The towers, the flying buttresses, and the spire all reached into the heavens like the hand of man searching for God. For eight and a half centuries, the cathedral endured wars, revolutions, triumphs, disasters, and the effects of time to become the embodiment of France, a symbol of enduring beauty and grace overcoming all, man and nature alike.

"Notre Dame survived the savage wars of the Middle Ages. In the sixteenth century, Huguenots, French Protestants, destroyed some of the statues of Notre Dame. The cathedral endured the transformation of the French Revolution when it became the Temple of Reason with the Virgin Mary replaced by the Goddess of Liberty on some of the alters. Unfortunately, the Napoleonic Wars and the Bourbon Restoration left the cathedral in disrepair. In 1844, King Louis Philippe commissioned repairs to the cathedral. The reconstruction lasted for twenty-five years and included making the spire taller and restoring the rose windows.

"The cathedral survived World War I and World War II intact. However, during the liberation of Paris in World War II, some damage occurred and some medieval glass shattered. These events did not stop the celebration of a special mass on August 26, 1944, in gratitude of the delivery of the city from German occupation. The Parisians rejoiced and thanked God in Notre Dame.

"Since the mid-twentieth century, Notre Dame underwent renovation and restoration—first in 1963, as well as 1991, when a renovation began that lasted for ten years. Renovation also took place in 2013, and another renovation ordered on the spire in 2018 led to the removal of many statues and art works before the fire broke out in 2019, saving them from destruction. Time after time, Notre Dame was reborn.

"French President Emmanuel Macron stated that Notre Dame must rise to its former glory. French donors pledged millions of Euros. Many joined the French in their determination to save Notre Dame. Citizens of all nations, sharing the loss of a world treasure, opened their hearts and contributed to rebuild Notre Dame. As contributions continue to flow into France, a new Notre Dame promises to rise from the ashes of the old."

As Christians around the world draws near to Christ on Easter Weekend, gathering to worship a risen savior across the globe, the thoughts and prayers of the LCU community are with those who had planned to worship this weekend in the Notre Dame Cathedral. But in the end, the flames and destruction, much like Christ's death, are not final—instead, they serve to reminds us of what truly matters.