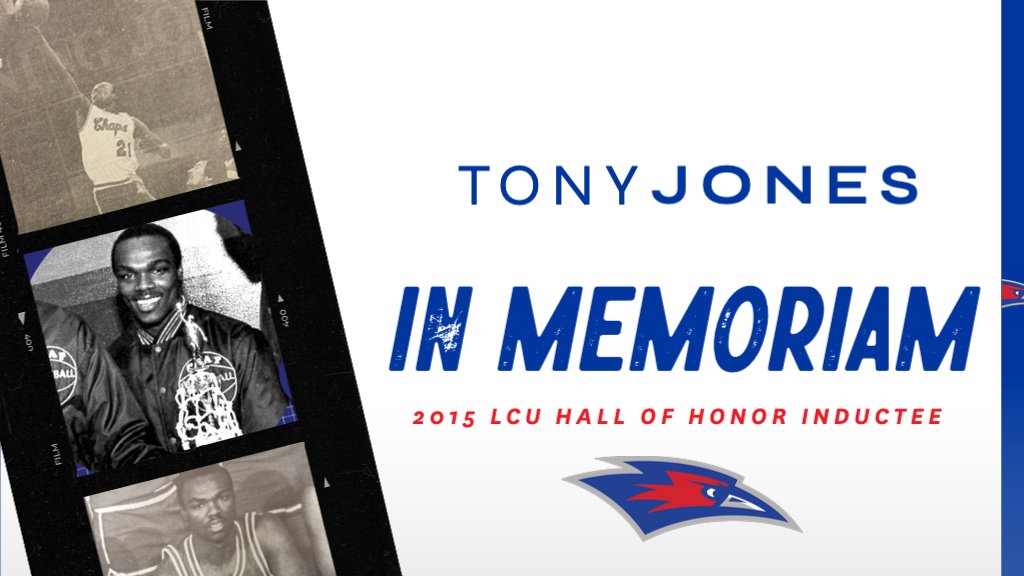 Tony Jones, an LCU basketball legend, died on Tuesday, August 2 from a sudden illness at work, worsened by the lingering effects from a tough bout with COVID in 2021.

Jones, the point guard on the 1982-83 team that won the program’s first championship, was inducted into the LCU Athletics Hall of Honor in 2015. In 1981, Jones transferred from Clarendon College to LCU and helped transform the program, setting several program records including his average of 7.0 assists per game that still remains today.

"I think everybody knows he was a great point guard, and all his teammates know he made everybody better," shared john Copeland, his former coach and mentor. "But what people don't know, as a young coach, he helped (me) recruit and he helped tie everything together.

Read more in the article by the Lubbock Avalanche Journal.