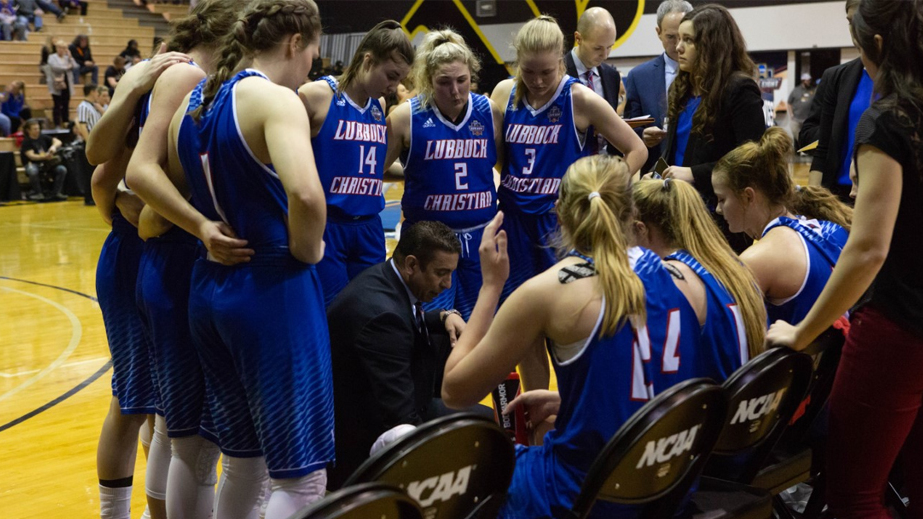 The LCU Lady Chaparrals basketball team—defending national champions and ranked as the top NCAA Division II team in the nation in preseason polls—kicks off the 2019-20 season against three Top-25 ranked NCAA Division I opponents, including the defending DI national-champion Baylor Bears.

On Monday, October 28, the Lady Chaps will play in Austin against No. 23 Texas, which will be televised on the Longhorn Network at 7 p.m. The following day, they will travel 100 miles north to Waco, where the top-ranked and defending national championship teams from the NCAA’s top two leagues will face off on Wednesday evening. After a short return to Lubbock, the Lady Chaps will again hit the road to challenge No. 4 Mississippi State in Starkville on Monday, November 4.

While facing off against ranked DI opponents may seem daunting for a DII school, the Lady Chaps are no stranger to their Division I counterparts. To date, the program has a 4-2 record against DI schools—they defeated Houston Baptist in 2007, Texas Tech in 2009, Houston in 2013, and SMU in 2018. Their only two losses in such matchups came against powerhouse and eventual-national-champion UConn in 2015, and last season against New Mexico, who ended the season with their own 3-round WNIT tournament run. In the seasons following each of those losses, the Lady Chaps went on to claim DII National Titles—a feat which many fans believe they could very well repeat this season.

Coming off an impressive 32-5 season that ended with the team claiming their second DII national championship in the past four years, the Lady Chaps enter the preseason ranked number one in the nation, poised for another impressive season on the court. Having graduated only two seniors, the team is still packed with talent and led by renowned head coach Steve Gomez.

LCU is hosting alumni events before each game in Austin and in Waco, and a contingent of fans will leave Lubbock Monday morning to cheer on the Lady Chaps on an exclusive Fan Bus Experience.

Read about the Lady Chaps’ road to the 2019 National Championship in the latest issue of Reflections, or check out the rest of their schedule.