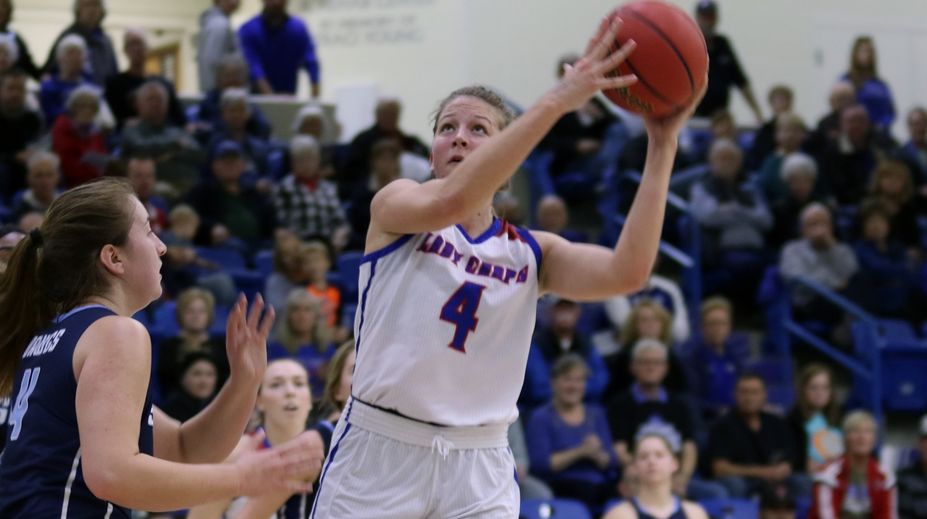 It took a medley of career-high performances by the Lady Chaparrals and a 23-6 second-half scoring surge for No.1 Lubbock Christian University to get their first-ever win over Midwestern State in Wichita Falls, as Ashton Duncan and Maddi Chitsey each posted 16 points and Emma Middleton contributed a career-high 15 points to help lead LCU to a 67-49 Lone Star Conference victory. LCU had been 0-14 all-time in Ligon Coliseum against MSU prior to Saturday, and the win improved LCU to 11-0 on the season and 5-0 in Lone Star Conference play.

A 9-2 start to the second half for MSU had the Mustangs up 34-25 with 6:30 left in the third quarter. MSU led 44-38 with 3:15 remaining in the quarter, and that is when LCU began their comeback march. Middleton, who also had a career-high seven rebounds to go with her 15 points, went on a personal 5-0 run over a 28-second span to help LCU close the third quarter on a 7-0 run to take a 45-44 lead into the fourth quarter.

Chitsey made it a 9-0 run with a jumper 1:13 into the fourth quarter. MSU ended the run 22 seconds later with a three-point play by Erin Alexander to tie the contest up at 47-47. Ashton Duncan took over with the first eight points of a 10-0 LCU run and LCU led 57-47 at the halfway point of the fourth quarter. The series of runs combined for a 23-6 scoring advantage by LCU and they led as much as 67-51 before claiming the 67-49 win.

Middleton had all 15 of her points in the second half, with 11 tallied in the third quarter. Duncan scored 11 of her 16 points in the fourth quarter.

It was a struggle for LCU in the opening quarter of play. Chitsey hit LCU's opening field goal attempt, but then the Lady Chaps followed by missing their next nine field goal attempts. A pair of free-throws by Kityana Diaz put the Mustangs up 10-2 with 2:35 left in the quarter. LCU would force MSU into 11 straight field goal misses and trailed 10-6 after the opening quarter. During the span of misses, LCU would go on a 6-0 run and later a 13-0 run highlighted by three-pointers from Chitsey, Ashton Duncan, and Caitlyn Cunyus for a 21-16 LCU lead. The Mustangs responded with a 7-0 run and would take a 25-23 halftime lead over the Lady Chaps.

Numerous career marks were set in the contest by LCU. Chitsey, who co-led LCU in scoring, matched a career high in blocks with six, as LCU had 10 as a team. Middleton was 6-of-7 from the field, posting career-high marks in points (15) and rebounds (7). Caitlyn Cunyus fouled out, coming several marks shy of a triple-double. She posted eight points, seven rebounds and a career-high nine assists.

With the game marking the final 2019 calendar-year contest, it places LCU's record for games played in 2019 at 22-1. The Chaps and Lady Chaps host Western New Mexico inside Rip Griffin Center Thursday night for the first game of the new year.