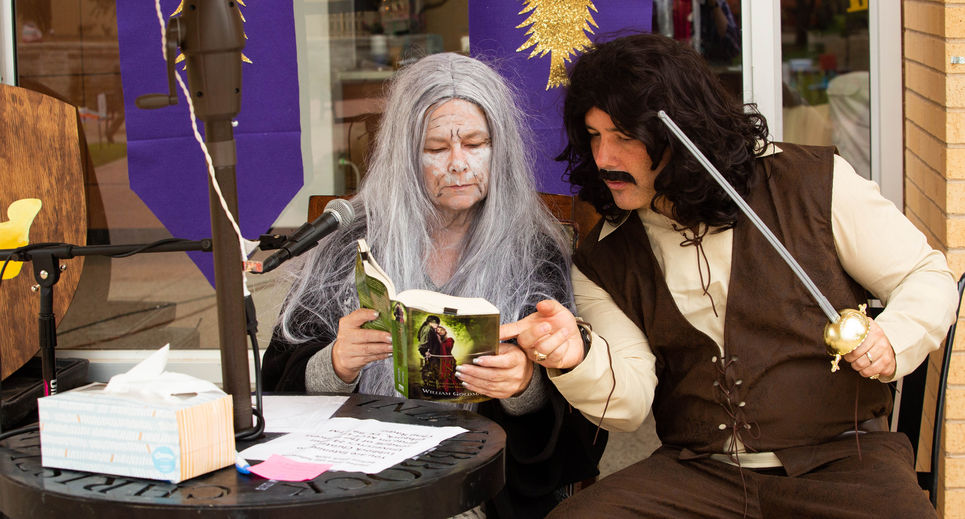 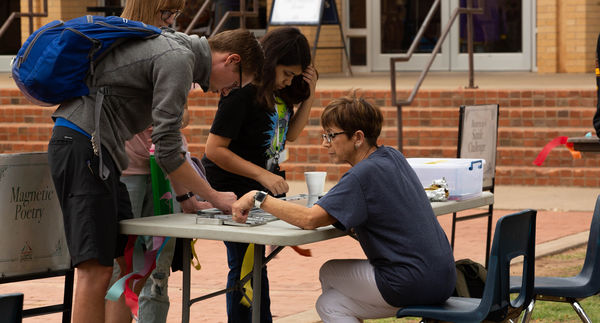 "Let the 2018 Writing Carnival begin!" announced Josh Stephens, dean of students, this year dressed as Inigo Montoya per the “The Princess Bride” theme.

The ninth annual writing carnival was held Tuesday, Sept. 18 with events during the week leading up to it.

The carnival is a stand-out tradition on campus, growing in activities each year. Free carnival-style lunch was available to students in the mall area, along with writing contests and activities themed on the featured novel, such as Fezzik’s Rhyming Challenge, Vizzini’s Battle of Wits, trivia, a jousting tournament, and more.

“I had heard about the Writing Carnival, but now, I have experienced it,” said Foy Mills, who is serving in his first year as provost at LCU and attended his first writing carnival. “What a splendid event. It is amazing when you can learn valuable lessons in the middle of such great fun.”

Winners in each category at the writing carnival were announced Friday, Sept. 21 in chapel. Winners for each category, with the exclusion of the trivia and caption categories, are listed below.

Fluffy, fuzzy teeth,
a face covered in spices–
worth it for the corn.
–Amira Cunningham

Beasts dwell in the night.
When they come, they stop for none.
I wait for the light.
–Alivia Villarreal

Stories make us more,
taking us beyond our world
to a life unknown.
–Renee Rhodes

All about tacos.
My focus is on tacos.
Delicious tacos.
–Renee Rhodes

A college girl. Poor. Poor and a wreck. With grades like her appearance at the end of Follies season. –Journee Cotton

My GPA is like Westley: only mostly dead. –Caleb Kirkpatrick

Her embrace is like a flame. Not that you should embrace an open flame, but it’s nice to be around. –Aaron Peckham

Our relationship was like a Dr. Owen class: I cried a lot, and then it was over. –Sarah Fantinel

My girlfriend is like LCU – keeps getting more expensive. –Coleton Parks

“I’ve just sucked one hour of your life away.”

Says the video game to boys who play. –Journee Cotton

“Not that they are mutually exclusive,” she said, brandishing a kitchen knife. –Amira Cunningham

Never plan on a short conversation with Dr. Fredenburg. ­–Brandon Fredenburg (edited for length and clarity)

Never take a Dr. Owen class when your 4.0 is on the line! –Aaron Peckham

Never say you will never date someone at LCU. –Sarah Posey