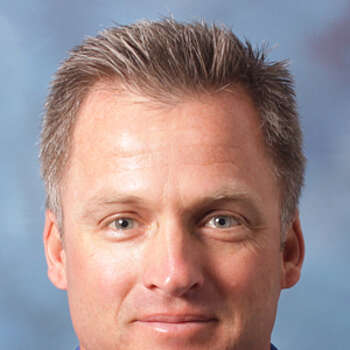 On May 27, 2010, Lubbock Christian University President Dr. L. Ken Jones and athletic director Paul Hise announcing that Larry Hays resigned as head coach of the softball program and that Daren Hays accepted the position to become the new head coach.

Daren becomes the third head coach of the Lady Chaps softball program. The son of Larry Hays, Daren returns to the Lubbock Christian University athletic department after spending over ten seasons at Texas Tech University. Daren spent eight seasons as an assistant baseball coach with the Red Raiders before becoming the Director of Baseball Operations following the 2007 season.

\"I am really excited to return to Lubbock Christian University,\" said Daren Hays. \"I have spent the past couple of seasons interacting with my brother (Shanon) and father\'s (Larry) programs at Texas Tech and LCU, and really excited about the challenge of coaching a nationally recognized program.\"

Like Larry and Shanon, who just led Texas Tech softball to an NCAA Regional Tournament in his first season after a pair of seasons coaching the Lady Chaps, Daren\'s softball experience stems from playing the sport. He has played on ASA National Championship squads and has been invited to trials to tryout for the Pan American Games.

Prior to joining the Texas Tech baseball program, Daren spent eight seasons as head baseball coach at Lubbock Christian University where he posted a 356-163 overall record. He became the first coach in program history to win 300 games in only seven seasons. In his last season at LCU, Daren claimed Sooner Athletic Conference Coach of the Year honors after leading the Chaps to a 47-17 record and a No. 7 NAIA national ranking. He won 40-plus games in six of his eight seasons at LCU and had two 50-plus-win seasons, leading the Chaparrals to a 52-16 record in 1995 and 52-18 record in 1998. Hays received NAIA District VIII Coach of the Year honors in 1993 after LCU led the nation in batting average. During his time at LCU, 14 of his players were selected as NAIA All-Americans, four were named CoSIDA Academic All-Americans and 20 of his players were named All-Sooner Athletic Conference.

Daren attended Lubbock Christian University and played for the Chaps. He graduated in 1989 and went on to a professional playing career in the Texas Rangers organization. He is married to the former Kristi McGee of Lubbock, and they have two daughters, Brittany and Brogan.

He inherits a Lady Chaps softball program that returns four First Team NAIA All-Americans, including NAIA National Softball Player of the Year Kim Frazier. LCU went 54-7 (88.5%) last season under Larry Hays and claimed their second consecutive Sooner Athletic Conference regular season title. The Lady Chaps were ranked as high as No.2 during the season, as Larry led the Lady Chaps to a 16-0 start and to their third consecutive NAIA National Championship appearance. LCU led the NAIA as a team in batting (.404), runs-batted-in (487), slugging (.649) and hits (668). They also ranked second in runs scored (515), fielding (.974), doubles (128), hits per game (11), homers per game (1.4) and runs per game (8.4). Shanon coached the Lady Chaps during their inaugural two seasons (2008, 2009) and led the Lady Chaps to a combined record of 114-17 (87.0%), including a 60-10 record in 2008 en route to a NAIA national title in the program\'s first season.