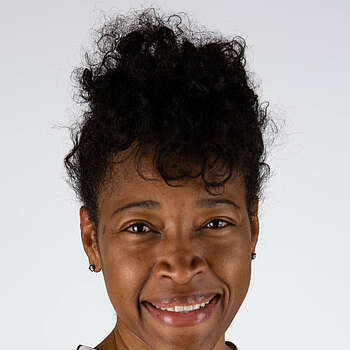 Monica J. Williams earned a bachelor’s degree in psychology and sociology and a master’s degree in Exercise and Sport Sciences from Texas Tech University.  Monica also earned her master’s in business administration from the University of Phoenix.  She is currently pursuing a Ph.D. in Performance Psychology from Grand Canyon University.

Between 2006-2009, Monica lived in California where she designed, implemented, and managed for-profit and federally funded non-profit K-12 supplemental learning programs.  Monica returned to Texas in 2009 and worked as a Unit Coordinator of Academic Success for the Texas Tech University Lauro Cavazos and Ophelia Powell-Malone Mentoring Program (Mentor Tech). She was responsible for the recruitment and retention of faculty, staff, and graduate student mentors. Monica later accepted a position to serve as the Chief Operating Officer and Grant Accountant for the Afterschool Centers on Education (ACE) programs through 21st Century Community Learning Centers (21st CCLC) grants authorized under the Every Student Succeeds Act (Title IV, Part B, 2015) with Communities in Schools of the South Plains.  Monica joined the LCU Department of Exercise and Sport Sciences in the fall of 2015 as an adjunct.  In 2017, Monica became an Assistant Professor.