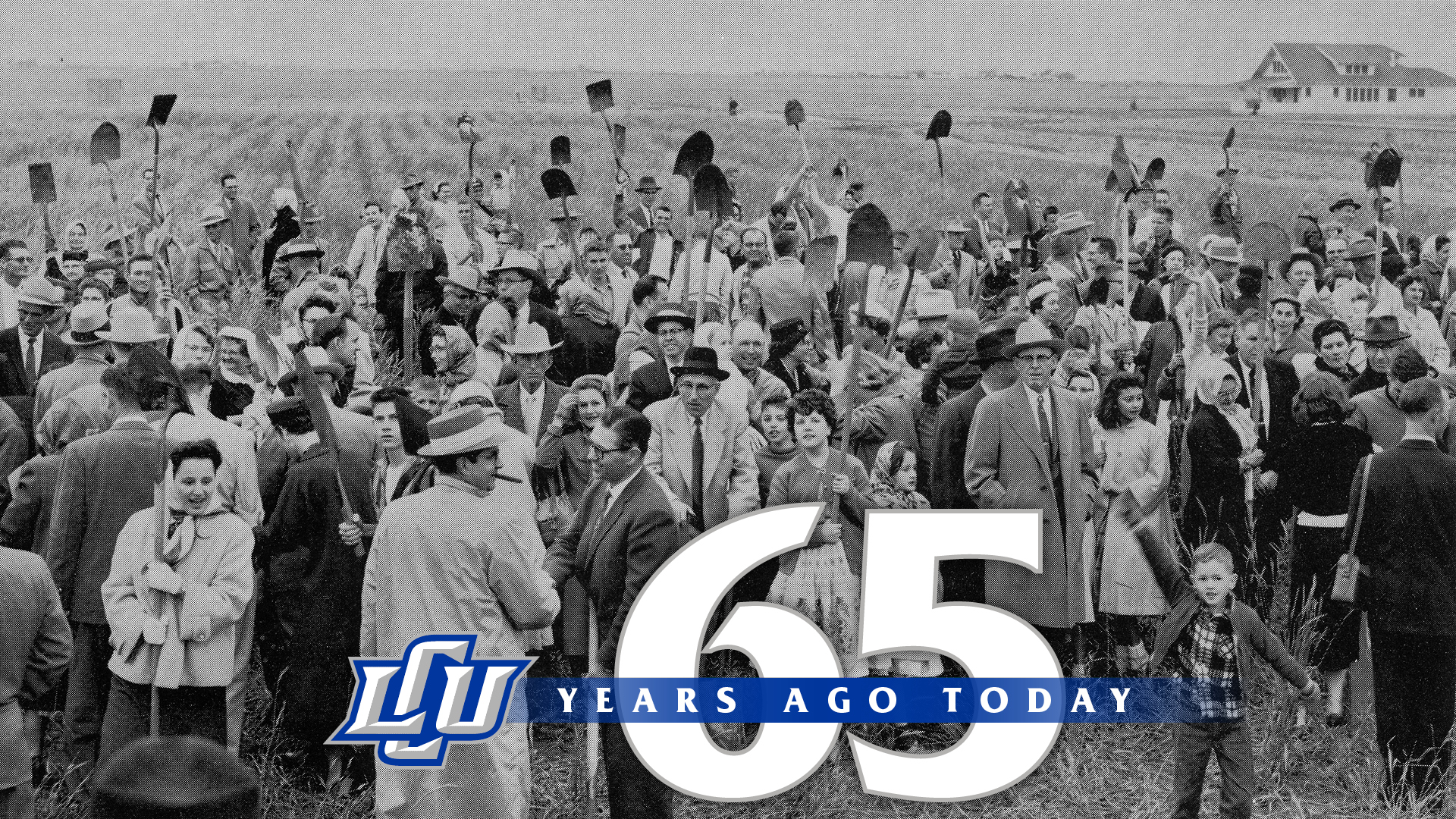 Lubbock Christian University (LCU) celebrates the historic groundbreaking of the first building on its campus 65 years ago, on May 4, 1957.

The scene from that momentous day is captured in an excerpt from Celebrating Our Heritage – Commemorating 50 Years and the Spirit of Lubbock Christian University: “On an unusually cold Saturday, May 4, in 1957, several thousand people gathered in a large, flat empty field in West Texas to witness the groundbreaking ceremony for the construction of the first permanent building of Lubbock Christian College. A late-season norther had blown in and freezing clouds blurred the horizon and hardened the clods in the barren cotton field. Old black and white photographs capture the moment—college president Dr. Fount William Mattox and minister-founder Dr. M. Norvel Young wield shovels while the coat-clad crowd smiles happily, despite the cold.” 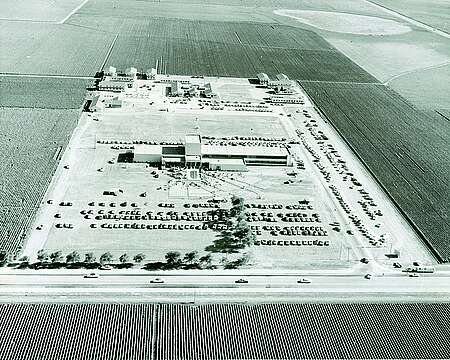 “One of my earliest memories is of a cold day when my parents made me stand around outside with a lot of other people,” recalled Dr. Neil Baldridge, a longtime member of the LCU community and part of the LCU Board of Trustees. “I was five years old at the groundbreaking of the LCC administration building. Interestingly enough,” he added, “my future wife, Iona, was there with her family—but we wouldn’t actually meet for several more years at an LCC summer camp.”

Even from that first building, LCU’s humble beginnings were overshadowed by the strong spirit of community that continues to permeate the campus.

“When I arrived at LCC in the fall of 1960 there were two permanent buildings—the Administration Building and Katie Rogers Hall—but most buildings were barracks,” shared LCU legend Don “Doc” Williams. “I had no complaints about living in Unit 10 and later in Harris Hall. As a student I was so impressed by my teachers and the spirit of community I found during my two years here that I wasn’t concerned about the facilities. The spirit I witnessed from Dr. Mattox and the faculty made me want to come back and teach at LCC. In 1969 I fulfilled that goal, and during my tenure here I have witnessed the campus develop into a beautiful mall with wonderful facilities,” he added.

65 years later, LCU’s campus continues to carry forward the momentum of those founders. What began as one singular building has grown into more than fifty structures across its sprawling campus. What started as a 2-year institution has grown into a full four-year accredited university offering over 65 of undergraduate programs, a growing number of graduate degrees and certifications, and even several terminal degrees, all of which serve thousands each year. LCU’s athletic programs have risen to the elite ranks of NCAA Division II, and the university has clinched 17 National Championships along it’s 65-year life. Alumni stretch across the globe making valuable contributions in every sector, and students from around the world travel to Lubbock to make LCU their college choice each year.

“Lubbock Christian has been an integral part of my life, from early years in kindergarten through high school and college, then again as we moved back to Lubbock after graduate school and Iona began a teaching career at LCU,” added Dr. Baldridge. “I can’t imagine what life would be like if it weren’t for LCU. This is where I met the people that changed my life—of course, my wife, Iona, is the most significant one of those, but I also remember the teachers who put up with me and patiently showed me how God can direct our lives in any discipline as well as others who are the closest friends I still have. It has been amazing to see how God chose to use a small group of people to build a school through which He has changed so many lives.”