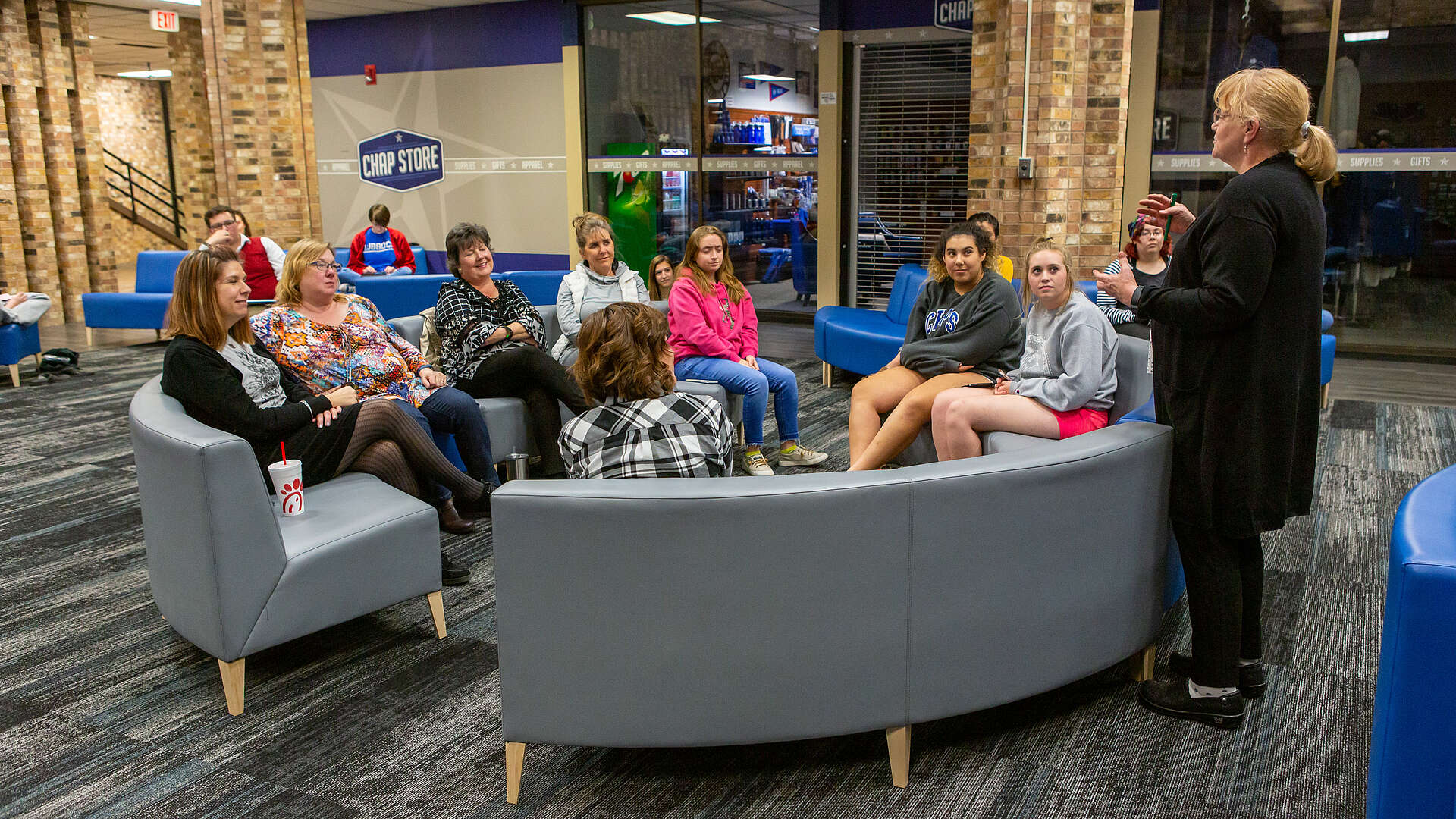 After a 28-year career in LCU’s Department of Humanities, Dr. Blassingame retired after the 2020-21 academic year. As the Chair of the Humanities department, she led the department to gain numbers of majors, and later as Dean of the J.E. and Eileen Hancock College of Liberal Arts, she launched the campus-wide yearly Critical Thinking Initiatives, focusing on such topics as “Thinking Critically about Poverty” and “Thinking Critically about Success.”

Blassingame was also instrumental in the creation of the Writing Carnival, and since its inception in 2010, she led the 24-hour Reading events, promoting and encouraging staff, faculty, and student participation in the event she loved. She was also a rigorous promoter of research by strong encouragement of faculty participation in the Christian Scholars Conference as well as championing on-campus undergraduate research and scholarship through support of the LCU Scholars Colloquium, the National Conference of Undergraduate Research (NCUR), and the Washington Internship program.

“Dr. Susan Blassingame has left an indelible mark on Lubbock Christian University,” said Dr. Foy Mills, Provost and Chief Academic Officer. “I am appreciative of Dr. Blassingame’s service to LCU, and I am indebted to her wise counsel and support in my formative years as LCU provost. She will be sorely missed.”

Dr. Stacy Patty, who has served as Dean of the Honors College at LCU for the past five years, will also be taking on the responsibilities of leading the College of Liberal Arts as Dr. Blassingame steps away. Dr. Patty has been at LCU for over 29 years, teaching courses in religion, philosophy, and ethics while continually pushing academic excellence across the campus. His passions for inspiring excellence in academics provided him the springboard to lead the honors program after it was launched by Dr. Jim Bullock in 2000. Additionally, his influence brought great success to the LCU Washington program, the annual Scholars Colloquium, and various undergraduate research efforts through his tenure.

“When Dr. Blassingame communicated her intentions to retire at the end of the spring 2021 semester, the Academic Deans and I began a conversation on how we should proceed with college reorganization,” continued Dr. Mills. “After the Deans sought input from their faculty, I met with department chairs in the College of Liberal Arts for their direct input. After listening to recommendations, the decision was made to combine the Honors College and the College of Liberal Arts into a single college under the leadership of Dr. Stacy Patty. Dr. Patty has been a tireless advocate for the liberal arts. I believe the synergy emerging from the merger of these two colleges will produce amazing results.”

Learn more about the opportunities LCU’s Department of Humanities and Honors College.