Just after the spring semester, twenty-nine LCU Choir students joined Phillip Camp and three sponsors to work with Eastern European Mission (EEM) to present outreach concerts in Ukraine and Croatia. Many Bibles were distributed and mission churches were strengthened. EEM, a Bible printing ministry that has printed and distributed Bibles in Russia, Ukraine, and other countries in Easter Europe for over fifty years, sponsored the campaign.

Since 1998, LCU Choirs have participated in concert tour/mission campaigns, singing outreach concerts in cooperation with mission churches and organizations. Previous campaigns have included the Philippine Islands (1998), Mexico (2000), Australia (2001 and 2005), Ireland (2003), Up-State New York (2004), Ukraine and Austria (2007 and 2013), Ukraine (2009), and Ukraine and Greece (2011). The 2015 campaign to Ukraine and Croatia marked the eleventh overseas campaign, and the fifth campaign to Ukraine sponsored by EEM. 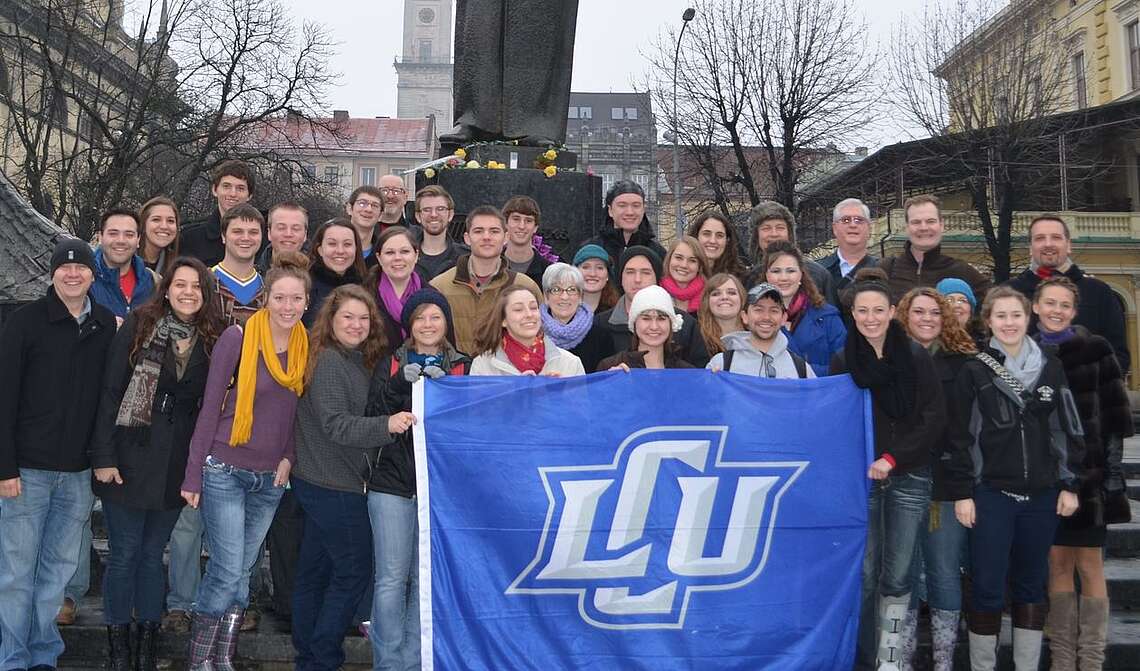 Serve Within Your Calling

The student body at LCU is blessed with an abundance of different gifts and talents. We believe that these are given to us to glorify God and help spread His kingdom. LCU offers many different avenues to do this, but some of the most transformational opportunities are through missions.

"The Mission of God is not only concerned with the soul of Man. The Mission of God concerns the whole of man. Physical and spiritual. Missions is not something some people do sometimes (like a two-week trip in the summer). Missions is what we all do, all the time. We are all Missionaries, whether we cross oceans, towns, campus, the street, or even if we sit across a table for Him. Mission is not something some people do over there. Mission is what God does everywhere. The Mission is God's, and we are all on Mission with God."