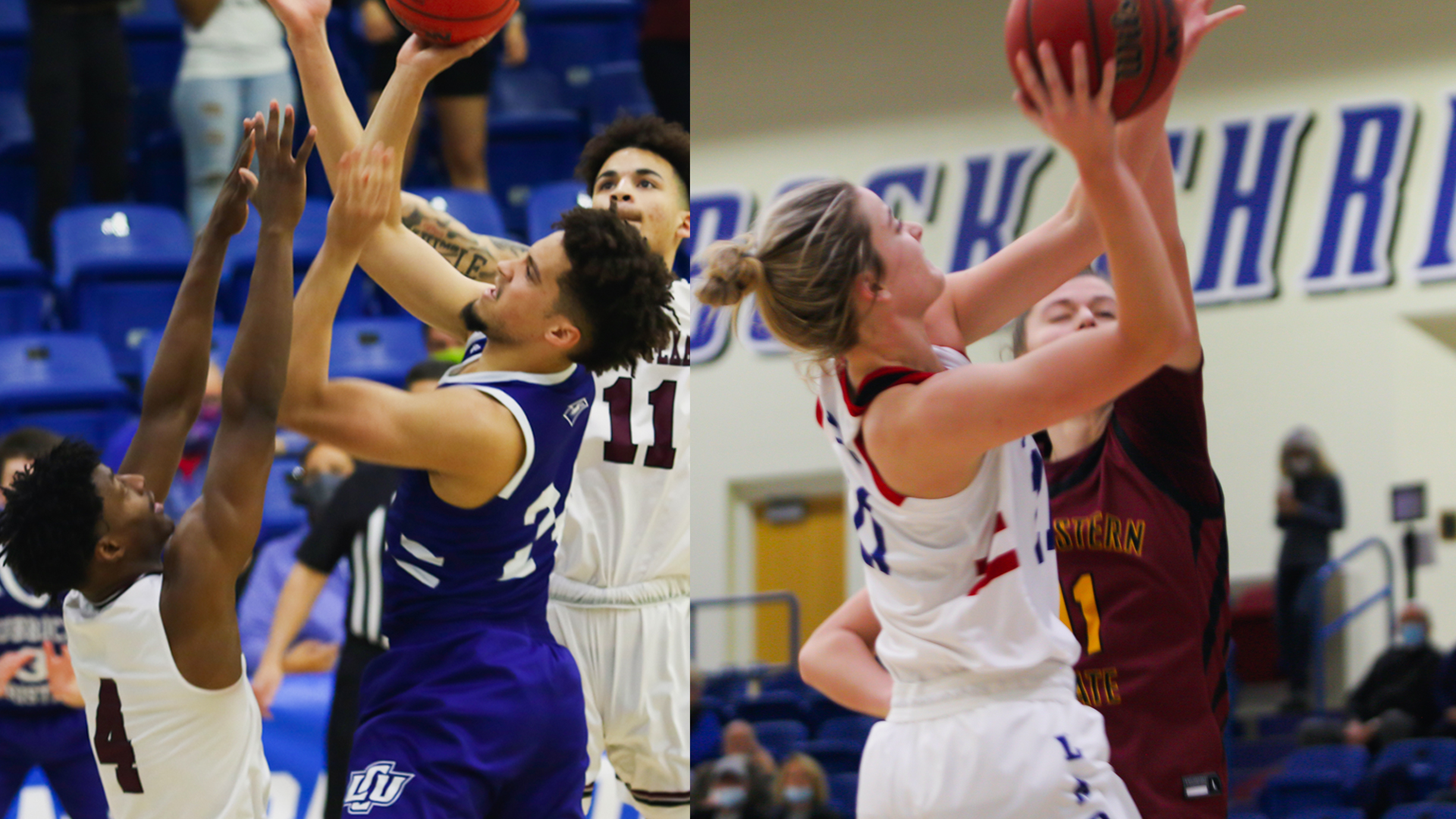 As the beginning of the 2021-22 basketball season approaches, both LCU squads were given their highest national rankings in program history, with the men’s team ranked the ninth-best team in the country, and the Lady Chaps claimed the top spot in the nation.

The Chaparrals were ranked No. 10 in the final poll of the 2020-21 season, when they won 18 games against only three losses. Last season marked the first time in LCU's NCAA Division II era that they were recognized in any national top-25 poll, and they reached as high as No. 2 at one point in the season—the team is coming in hot off one of their best seasons in program history.

The reigning national champion Lady Chaps received the No.1 preseason ranking in both preseason polls for the first time in program history. They received 20 of the 22 first-place votes available in the WBCA (Women’s Basketball Coaches Association) poll, and were the unanimous pick in the D2SIDA (Division II Sports Information Directors Association) poll. This marks LCU's third consecutive preseason poll as a top-10 WBCA favorite (they were preseason picked No.2 in 2019-20 and No.10 for the 2018-19 season—no poll was conducted before the 2020-21 season due to COVID-19). Along with their consecutive top-10 debuts, LCU has claimed No.11 (2016-17) and No.18 (2015-16) in their prior appearances in the poll. LCU has also appeared in the D2SIDA poll in each season of eligibility.

Both teams were also picked to win the Lone Star Conference, and seniors Parker Hicks and Allie Shulte were each recognized as the conference Preseason Players of the Year. In 2021, Hicks was recognized as the LSC Player of the Year and was also named to the All-District and All-America Teams from the NABC, becoming the first Chaparral All-American in the program’s NCAA era. Shulte led the Lady Chaps to their second-straight national title in 2021, earning her own All-America and the Elite Eight Tournament Most Outstanding Player awards.

The men’s 2021-22 season begins Nov. 12 inside the Rip Griffin Center, where they will host Regis as part of the RMAC/LSC Challenge. The Chaps return nearly all their team from a season ago when they won the Lone Star Conference title and reached the NCAA South Central Regional Final, including Hicks and All-Conference First Team selection Lloyd Daniels. The Chaps are led by head coach Todd Duncan, who is coming off a Clarence Gaines D-II Coach of the Year award and entering his 11th season leading the Chaparral program.

The No.1-ranked Lady Chaps open their 2021-22 campaign Friday in Billings, Mont. facing Montevallo at 3:30 p.m. to open a three-game schedule at the D2CCA Tipoff Classic at the Trailhead. It concludes Sunday with LCU facing Tampa, who sits at No.11 in the WBCA Preseason Poll. LCU, led by head coach Steve Gomez, enter the season defending their back-to-back NCAA Division II National Titles, returning most of their championship team from their most recent undefeated season.

Both basketball teams aim to add to an already exciting season for LCU athletics, as the Chaparral Volleyballand men’s and women’s soccer teams are all off to successful starts, and the LCU Esports Program has entered its inaugural season.

Get your LCU season tickets or check out the schedules for the Chaparrals and Lady Chaps.