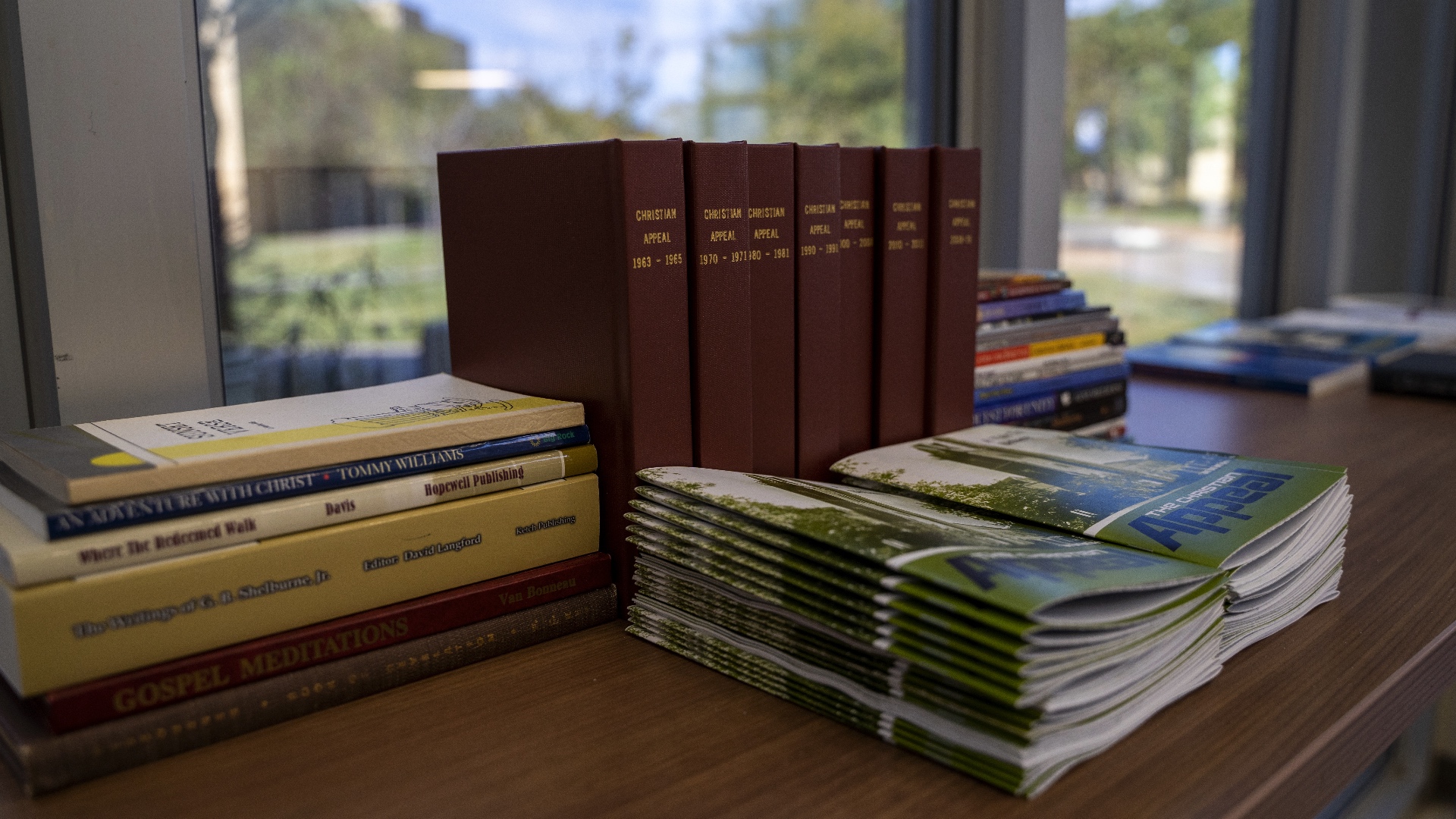 LCU Dedicates and Announces the Thomas A. Langford Restoration Library

Lubbock Christian University hosted a dedication ceremony for a newly-donated library of books from the family of Thomas A. Langford, a longtime friend of the university and tireless champion of unity and the Christian Heritage.

“This Library represents a special part of the heritage of the Churches of Christ, but also of Lubbock Christian University,” said Dr. Jeremy Hegi, Assistant Professor of History of Christianity in the Alfred and Patricia Smith College of Biblical Studies. “Not only does it represent the churches of Christ, but also shows us how it shaped a man who found the best of what our heritage had to offer, and then worked tirelessly for Christian unity.”

The dedication ceremony was held in the atrium of the Christian Development Center (CDC). Dr. Hegi welcome guests and began the event before David Langford, Thomas’s son and minister at the Quaker Avenue Church of Christ, introduced the speakers for the afternoon.

Dr. Jeff Childers, the chair of New Testament and Early Christianity at Abilene Christian University, was joined by his colleague Dr. Doug Foster, former Director of the Center for Restoration Studies and Professor of Church history, as well as Victor Knowles, the founder and president of Peace on Earth ministries. They each shared Thomas’s impact on their personal faith journeys and on Christianity as a whole, noting specifically his emphasis on unity.

The afternoon ceremony ended with a formal acceptance of the library by Dr. Jeff Cary, dean of the College of Biblical Studies, and closing remarks by Shawn Tyler, Director of MissionLink and Lecturer in Residence at LCU. 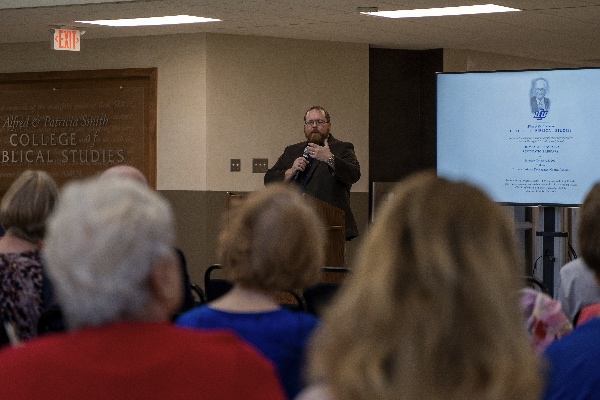 Thomas A. Langford served for many years as an elder at the Quaker Avenue Church of Christ and served as a professor of Literature and dean of the graduate school at Texas Tech University. As a student of the Restoration Movement—a movement within the United States churches at the beginning of the 19th century that focused on unifying Christianity and modeling it after the church of the New Testament—he was committed to restoring its emphasis on unity among the various wings of that movement. He helped organize and spoke at the unity efforts led by Leroy Garret and Carl Ketcherside in the 1960s and ‘70s, including organizing the 1970 meeting which met on LCU’s campus. He later became involved in the Restoration Forum movement organized by Doug Foster and Victor Knowles beginning in the 1980s, and he was inducted into the Restoration Forum’s Hall of Unity in 2002.

Through the years he accumulated a substantial library of books and journals written by various Restoration authors. These books were donated by the Langford family “in hopes that they provide a foundation for an ever-growing Restoration Library that will serve those who seek to study and learn from that movement.”

The special collection will be housed in a renovated room mirroring the existing Stephenson Library currently housed on the second floor of the Christian Development Center on LCU’s campus. The LCU Library will also be assisting in cataloging and digitizing the works within so that they will be available online across the globe.

“We’re honored and thrilled to have this collection, the Thomas Langford Restoration Library, here at LCU,” shared Dr. Hegi.

Check out the academic offerings in biblical studies at LCU.