If you have any questions about plans for a presentation or a panel, especially if it involves a group project, an exhibition of creative work, or a special performance, please contact the Director of Undergraduate Research, Dr. Doug Swartz, and he will help you coordinate any necessary arrangements.

What is the Colloquium?

The LCU Scholars Colloquium is open to all students, faculty, and staff and provides scholars on our campus a venue to communicate the results of their current scholarship. The Colloquium always has a broad range of topics represented from all areas of our university. Dr. Monroe is Archivist of the Southwest Collection and on faculty at Texas Tech University. Recently, the prestigious Philosophical Society of Texas elected him to membership.  He was a founding board member of the Humanities Center at Texas Tech, serving over five years.  Formerly editor of the West Texas Historical Review, he has taught and published widely on Texas history. He is chair of the Texas State Historical Association Archives Committee and serves on the Executive Advisory Committee of the Handbook of Texas Women Online. He is a former board member of the Texas Historical Records Advisory Board. He also served on the boards of the Lubbock Centennial Committee, the West and East Texas Historical Associations, and the Texas Map Society, and is a Fellow of the West Texas Historical Association. He is president of the Rotary Club of Lubbock Foundation, former president of the Downtown Rotary Club of Lubbock, and immediate past president of The Meriwether Society, Inc., a large national family history organization. In addition, he served on the Lubbock Tornado Memorial Committee. He was formerly Secretary General of the Pan American Taekwondo Union, encompassing 33 member nations, an International Master Instructor, 6th Degree Black Belt, and International Referee in Taekwondo. He was the first American, one of 24 in the world, to officiate that sport at its debut at the 1988 Seoul Games. He served again at the 1992 Barcelona Olympic Games and remains the only American to have officiated at two Olympic events. Daniel Whitefield began his academic career as a Math major at Lubbock Christian in the Fall of 2009 with plans to transfer to an engineering program once he had finished his basics at LCU. However, he fell in love with LCU and decided to double major in Math and Biology so as not to hinder his chances at getting into a Biomedical Engineering graduate program. Later, in talking with his academic advisor, Dr. Byron Rogers, he realized that he was only two classes shy of earning a Chemistry degree as well. He took those additional classes and graduated from LCU with bachelor’s degrees in Math, Biology, and Chemistry in the Spring of 2015. Daniel went on to study Biomedical Engineering at Carnegie Mellon University in Pittsburgh, PA starting as a master’s student before transferring over to the doctoral program. He worked in the lab of Kris Noel Dahl, PhD studying chromatin mechanics using a fluorescence microscopy technique known as SINK. During his time at Carnegie Mellon, Daniel co-authored multiple peer reviewed publications in widely read scientific journals. He successfully defended his thesis, entitled ‘Chromatin Mechanics: Starting Local, Going Global’, in July of 2021. After that, Dr. Whitefield moved to Texas A&M University Entomology Department to begin his current position as a postdoctoral researcher in the lab of Zach Adelman, PhD. He is currently studying DNA repair and gene drive in Aedes aegypti mosquitoes with the goal of using genetic engineering to help control mosquito borne diseases.

Students, Faculty, and Staff may use the form below to submit an abstract to the Advisory Council for Undergraduate Research. Deadline: March 23, 2022. 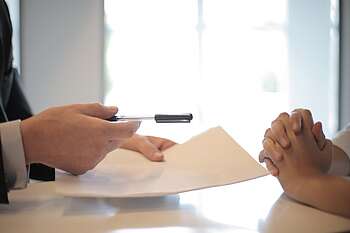 Please note that there are three different scoring guides depending on your type of poster: 1) a qualitative or quantitative research project, 2) a research proposal, or 3) a literature review or informational poster.

Guidelines for Application Abstract and Presentation