Dana Cooley graduated from Abilene Christian University in 1981 with a Bachelor of Science Degree in Home Economics Education. In 1988, she earned a Doctor of Jurisprudence degree from Texas Tech University School of Law.

After graduation from law school, she was employed as the Assistant District Attorney for the 132nd Judicial District of the State of Texas which serves Scurry and Borden Counties. She also joined the Rosser and Armstrong law firm in Snyder, Texas at that time. In 1990, she became a partner in the law firm of Rosser, Armstrong and Cooley.

Texas Governor, George W. Bush, appointed her District Attorney for the 132nd District in 1995. In 1996, she was elected to serve as the 132nd District Attorney and served in that capacity for 18 years. She also served as legal counsel to the City of Snyder for 18 years. During her 25 year career as a prosecutor, she has prosecuted thousands of felony, misdemeanor, and juvenile criminal offenses including capital murder, murder, sexual assault, robbery, child abuse, family violence, burglary, theft, forgery, intoxication manslaughter, driving while intoxicated, controlled substance violations, and possession/promotion of child pornography. She has argued appellate cases before the 11th Court of Appeals and the Texas Court of Criminal Appeals.

She and her husband, Ted, have two children: Erin Lowery, who earned a M. Ed. and teaches high school English, and Meghan Hicks, who was a biology major at Lubbock Christian University and who is now a pharmacist. They have three grandchildren. Prior to coming to LCU, Dr. Culbert gained professional experience in medical social work, child welfare, criminal justice, mental health and gerontology. She has experience working in hospital settings, completing psychiatric assessments and evaluations in both the emergency room and in criminal justice settings. Dr. Culbert has previously worked with families while completing home studies with children\'s protective agencies, case management and family conferencing for persons with disabilities. She also has experience as a gerontological social worker.
Dr. Culbert is licensed at the Master\'s Level (LMSW) in the state of Texas. Her research interests include gerontology, health care and social insurance. Dr. Culbert is a member of the Council of Social Work Education, the National Association of Social Workers, Phi Alpha Honor Society and the Lubbock Medical Social Workers.

Dr. Dabbs has been teaching at Lubbock Christian University since 2000. In addition to her regular teaching assignments she teaches for the Honor's Program at LCU. Tony teaches primarily in the area of undergraduate field practice, social work practice with groups, and field seminar. As Director of Field Education, he has administrative oversight of the undergraduate field practice component of the social work program, building and maintaining collaborative relationships with multiple host-organizations throughout Lubbock, the state of Texas, and internationally. Tony’s professional experience in the field of social work spans over 35 years in the areas of children and families, group work, mental health, agency administration and field education. He is a Licensed Clinical Social Worker, Licensed Child-Placing Administrator, and nationally certified by the Academy of Certified Social Workers. Tony is a certified hypnotist, skilled in therapeutic relaxation techniques for stress reduction. He regularly consults with a variety of human-service agencies, and behavioral and mental health agencies. He specializes in gero-psych group therapy. Tony has served on the Board of Directors for the Voice of Hope and Open Door. He is a member of the North American Association of Christians in Social Work, Texas Field Education Consortium, and the National Association of Social Workers. Tony has taught in the social work program since 1993. 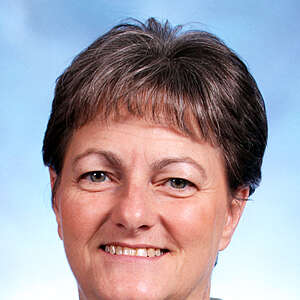 Need Help Choosing the Right Major For You?

We get it, it's a tough decision. We've got you covered though. Receive this infographic to help you decide. 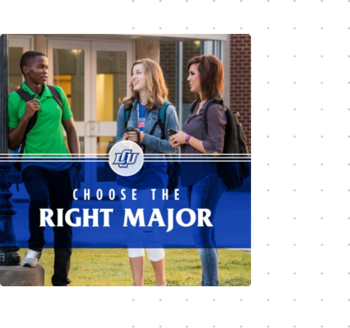 May 09, 2022
The Lubbock Christian University (LCU) men's and women's track and field teams wrapped up competition at the Lone Star Conference Outdoor… May 04, 2022
Lubbock Christian University (LCU) celebrates the historic groundbreaking of the first building on its campus 65 years ago, on May 4, 1957.